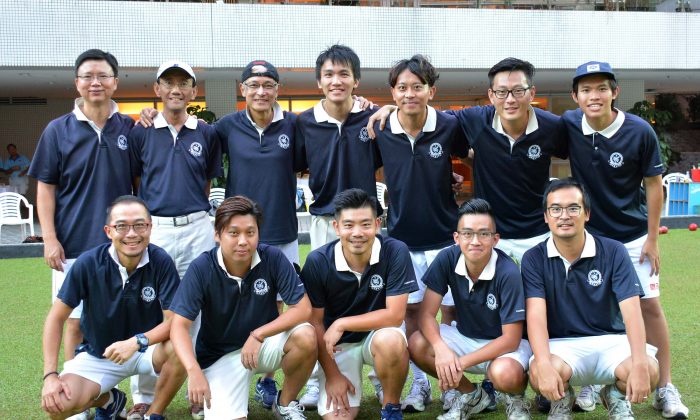 HONG KONG—After winning their first top flight title in 22 years, Craigengower Cricket Club (CCC) will look to repeat their quest in the new season, which officially starts this weekend, April 29.

CCC, who won the last trophy with a game to spare, continued their policy of recruiting elite bowlers around Hong Kong to strengthen their squad. This season the debutantes will include the reigning National Triples champion Martin Sham from Kowloon Bowling Green Club (KBGC) and ex-Hong Kong international Alex Ng from Island Lawn Bowls Club.  The two players helped CCC to win the Triples League earlier this year.

Runners-up Kowloon Cricket Club (KCC) have also strengthened their squad with the addition of Hong Kong international Raymond Ho who was recruited from neighboring club KBGC.

In addition to Sham and Ho, last year’s second runners-up KBGC have also lost Hong Kong international Tony Cheung to Hong Kong Football Club (HKFC) and James Cheng to Tseung Kwan O Lawn Bowls Club. It will be interested to see how KBGC perform with the loss of so many key players.

HKFC moved the home green of its top team to indoors, in the hope of searching for the glory they last achieved in 2006. However, due to a planned maintenance to its indoor green later this year, all HKFC teams that use indoor as home greens will need to play at home in the first half of the season. This may prove a disadvantage in their glory hunting voyage.

This Saturday CCC will begin their campaign at home against newly promoted Club de Recreio (CdeR), and KCC also play at home against the Youth Team. Both HKFC and KBGC will play their clubmates in the same division at home.

For the ladies, HKFC will be eager to take back the title they conceded to Shatin Sports Association last term. Before last season HKFC has won nine consecutive titles.  Despite there being no new faces in the team this year, they are still regarded as the hot favorites for the title as they have seven Hong Kong internationals in the team.

Returning to the first division will be CCC and United Service Recreation Club who were both missing from the top division last season.

The Premier League starts this Saturday (April 29) at 2:30pm at all greens in Hong Kong and Round 4 of the National Fours for both men and women are scheduled for Sunday at all venues with start times of 10am for women and 3pm for men. An Inter Schools competition takes place on Monday May 1 at Ap Lei Chau Sports Complex running from 9am until 6pm.