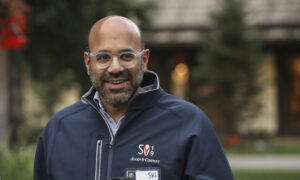 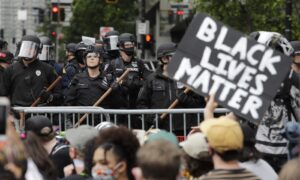 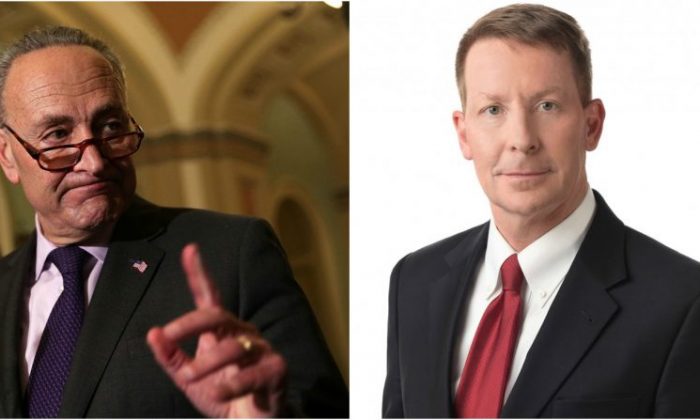 Lawmakers Rip Schumer for Voting Against Judge Based on Skin Color

Congressional lawmakers lambasted Senate Minority Leader Chuck Schumer (D-N.Y.) after he attributed his vote against a judicial nominee to the man’s skin color.

In explaining his vote against Marvin Quattlebaum on Wednesday, Schumer said that too many of President Donald Trump’s nominees have been white males. The nomination “speaks to the overall lack of diversity in President Trump’s selections for the federal judiciary,” Schumer said, according to Fox News.

“It is long past time that the judiciary starts looking a lot more like the America it represents,” Schumer said. “Having a diversity of views and experience on the federal bench is necessary for the equal administration of justice.”

Schumer also complained that Republicans held up the nomination of two black judges for the same position during the Obama administration. One of these judges had a significant bond issue, while the other became the Chief Justice of the State’s Supreme Court.

“I judge nominees on the content of their character, not the color of their skin. Chuck Schumer should do the same,” Sen. Lyndsey Graham (R-S.C.) wrote on Twitter. “I’ve known Chuck Schumer for years. He is not a racist, but this was an absolutely shameful reason to vote against a very qualified nominee like Marvin Quattlebaum.”

“Perhaps Senate Democrats should be more worried about the lack of diversity on their own staffs than attacking an extremely well-qualified judicial nominee from the great state of South Carolina,” Scott wrote on Twitter.

“I hate to interrupt Senator Schumer with facts,” Gowdy wrote on Twitter. “But one nominee was withdrawn because of a significant bond issue, while the other became the Chief Justice of the South Carolina Supreme Court.”

The episode stands out because Republicans appear to have taken a trick out of the Democrat playbook to criticize Schumer for his divisive rhetoric. For years, Democrats have employed “political correctness” to attack Republicans on the grounds of identity politics rather than the merits of their proposals. Republicans rarely stood up to the attacks.

But “political correctness” taken to an extreme, as in Schumer’s case, borders on racism, and Republicans appear to sense the flawed logic and are hitting back in a way usually attributed to Democrats.

“This is political correctness run amok. Voting against a highly qualified nominee because of the color of his skin does nothing to bring our country and nation together,” Graham wrote. “Frankly it is a massive step backward.”

Quattlebaum is a partner at Nelson Mullins. His judgeship was approved on Thursday by a vote of 69-29.