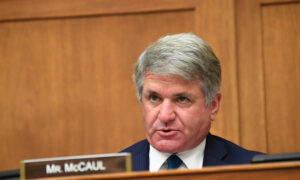 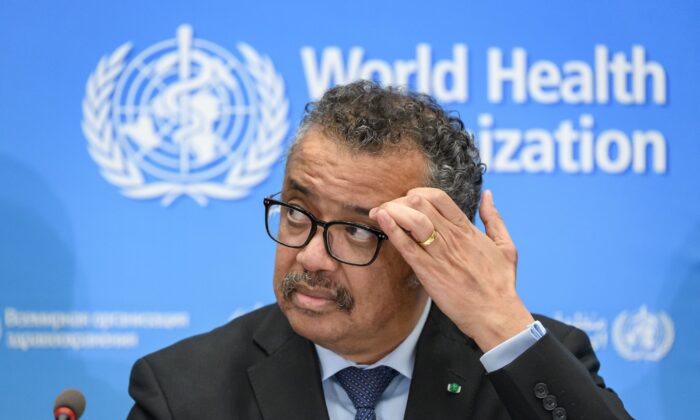 Lawmakers Respond to Biden’s Decision to Have US Rejoin WHO

President Joe Biden’s decision to halt the United States’ withdrawal from the World Health Organization (WHO) has received mixed reactions from Congress.

“Having the United States rejoin the World Health Organization without it undergoing serious reforms is foolish,” stated Rep. James Comer (R-Ky.), who is a ranking member of the House Committee on Oversight and Reform, in a Jan. 20 press release.

Comer added: “From the very start of the coronavirus pandemic, the WHO and Secretary-General Tedros have proven that their priority has been to abet the Chinese government at the expense of the American people and the rest of the world.

He also criticized the WHO for repeating the Chinese regime’s propaganda. “While China spread misinformation so it could hoard medical supplies, the WHO parroted China’s lies denying human to human transmission of the virus and Tedros praised them for their transparency,” he said.

In early January, the WHO repeated Beijing’s claim, declaring that the virus was not contagious. The health body changed its stance with a statement on Jan. 22, 2020.

A report by the U.S. Department of Homeland Security last year concluded that China “intentionally concealed the severity” of the CCP virus in early January, while increasing imports of medical supplies.

A Chinese senior official’s grandson, Jiang Penyong, who is based in South Korea, told The Epoch Times last year that he participated in a scheme to hoard medical supplies from foreign countries on behalf of corrupt officials in China.

An independent panel recently released an interim report, criticizing Beijing and WHO for their delayed responses to the COVID-19 outbreak in China.

Comer argued that unless the WHO undergoes reforms, “American taxpayers should not subsidize an organization that has acted as Communist China’s propaganda outlet at every turn.”

Biden’s decision to rejoin the WHO has been welcomed by some Democrat lawmakers, including Rep. Rosa DeLauro (D-Conn.) and Sen. Chris Murphy (D-Conn.).

“Rejoining the World Health Organization will ensure all nations can beat this scourge, preventing untold suffering,” stated DeLauro in a press release.

Former President Donald Trump announced that the United States would pull out of the WHO on May 29 last year, saying that the WHO had refused to act on reforms recommended by the United States. The withdrawal was set to take effect in July this year.

The decision to halt U.S. withdrawal from the WHO was one of several executive orders that Biden signed on Jan. 20, his first day in office.

Stéphane Dujarric, spokesman for United Nations Secretary-General António Guterres, issued a statement welcoming Biden’s decision to re-engage with the WHO.

In response to Biden’s decision, Rep. Chip Roy (R-Texas) announced via a press release that he will introduce legislation to prevent U.S. taxpayers from funding the WHO.

“[T]he American people should not be forced to fund organizations that propagate the lies of the Chinese Communist Party and silence our allies like Taiwan, who warned that COVID-19 could spread human to human,” Roy stated.

He added: “The United States is the largest government contributor to WHO and makes up about 22% of the organization’s core budget. We need to hold WHO accountable for its lack of transparency and multiple failures related to the COVID-19 pandemic.”