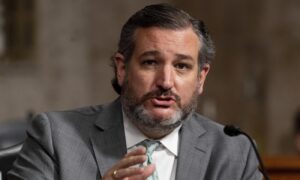 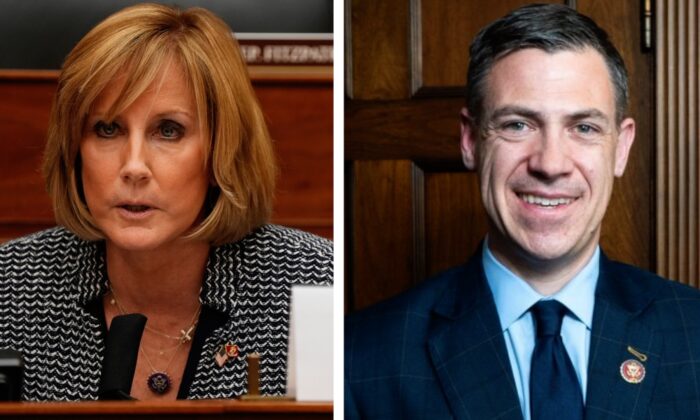 A group of U.S. lawmakers introduced a censure resolution against four House Democrats, accusing them of defending terrorist organizations and inciting anti-Semitic attacks across the nation.

The representatives, who are often referred to as the “Squad”—a group of far-left members of the House—have been the subject of a number of controversies, with the most recent coming after Omar compared the United States and Israel to terrorist groups like the Taliban and Hamas.

“We cannot turn a blind eye to Members of Congress openly defending terrorist attacks by Hamas against our close ally Israel nor their dangerous rhetoric which has contributed to anti-Semitic attacks across the country,” Waltz said in a statement on Monday.

“I’ve seen firsthand gross atrocities against women and ethnic minorities at the hands of the Taliban. I’ve personally been fired upon by terrorists hiding behind women and children and seen the Taliban place suicide vests on teenagers,” he added. “For members of the U.S. Congress to make equivalencies to Israel and the American military, which puts its own soldiers at risk to avoid civilian casualties, is ignorant of the facts, shameful, and should be condemned in the strongest terms.”

The statement that drew condemnation, including from fellow Democrats, was posted on Twitter by Omar along with a clip of her pressing Secretary of State Antony Blinken during the hearing in question.

“We must have the same level of accountability and justice for all victims of crimes against humanity. We have seen unthinkable atrocities committed by the U.S., Hamas, Israel, Afghanistan, and the Taliban,” she wrote.

Last week, Omar denied the accusations in a statement, saying that she was “in no way” comparing terrorist groups with “democratic countries with well-established judicial systems.”

The resolution also says that each member has referred to Israel as an “apartheid state.”

The lawmakers argued that “false claims” made by the Democratic representatives further perpetrated over social media and resulted in an increase in violence and anti-Semitic hate crimes throughout the country.

“Last week, Congresswoman Ilhan Omar compared the United States and Israel to Hamas and the Taliban,” Tenney said. “Sadly, this is not out of character for ‘The Squad,’ who have made a habit of trafficking in anti-Semitic rhetoric.

Several other lawmakers defended Omar, including fellow members of the so-called Squad.

“I am tired of colleagues (both D+R) demonizing Omar,” Tlaib said last week. “Their obsession with policing her is sick. She has the courage to call out human rights abuses no matter who is responsible. That’s better than colleagues who look away if it serves their politics.”

“Rep. Omar’s anti-Semitic & anti-American comments are abhorrent,” McCarthy said on Twitter. “Speaker Pelosi’s continued failure to address the issues in her caucus sends a message to the world that Democrats are tolerant of anti-Semitism and sympathizing with terrorists. It’s time for the speaker to act.”

The U.S. Department of State designated Hamas a terrorist organization in 1997 and the group continues to purposefully target Israeli civilians while launching attacks from schools, hospitals, and playgrounds, the lawmakers said, adding that Omar, Ocasio-Cortez, Tlaib, and Pressley have continually lied about Israel’s right to defend itself with attacks coming from Hamas.