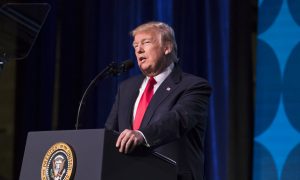 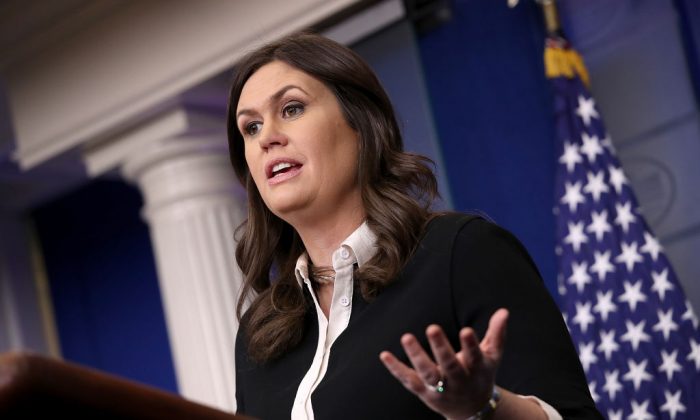 WASHINGTON—Congress has little time left to come up with a permanent solution for the budget to avert a government shutdown on Friday, Jan. 19.

The White House said it would support another short-term measure known as a continuing resolution (CR), to maintain current funding for federal operations and keep the government open through mid-February.

“We do support the short-term CR. However, that’s not our first choice,” Press Secretary Sarah Sanders said on Jan. 17.

“We’d still like to see a clean funding bill, a two-year budget deal,” she said.

Congress has failed to reach an agreement on a broad budget for months and the government is currently running on its third stopgap measure since Oct. 1. Lawmakers are struggling to reach a deal on immigration and spending levels.

Defense has suffered a disproportionate share of spending cuts in previous years as a result of automatic cuts to federal government spending, known as sequestration. About half of these cuts hit the defense budget, according to experts. In order to increase defense spending, Congress needs to reach a deal to lift the statutory cap.

Democrats require an equal amount of increase in domestic programs that include spending for Homeland Security, anti-terrorism activities of the Justice Department, Veterans Affairs, and the State Department.

As a precondition for supporting a budget deal, Democrats are also pushing for a legislative solution for Dreamers, who had entered the United States illegally as children.

After Congress failed to pass the DREAM Act in 2010, Obama introduced Deferred Action for Childhood Arrivals (DACA) through an executive order in 2012 as a temporary measure to give nearly 800,000 of these people renewable, two-year work authorization and deportation immunity.

Republicans want an immigration deal to be separate from a spending deal.

“The budget should not be tied to a political agenda that the Democrats are driving,” said Sanders. She accused Democrats of holding military and national security hostage “by trying to push through other policies that have nothing to do with the budget.”