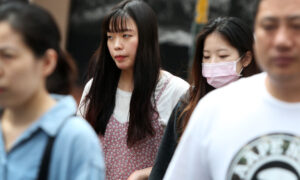 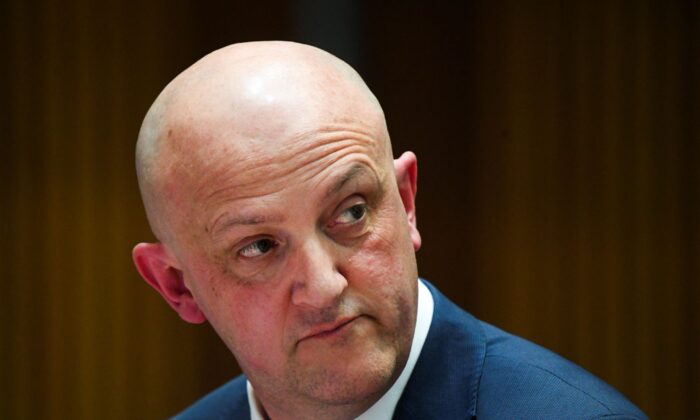 The head of Australia’s domestic spy agency has warned a Senate estimates committee hearing that politicians at all levels of government were attractive targets for espionage and foreign interference.

“We see evidence of intelligence services deceptively cultivating politicians at all levels of government (to) advance the interests of the foreign government,” he told the hearing in Canberra on Oct. 20.

“In the coming weeks, I will write to all Commonwealth parliamentarians to warn they are attractive targets for those trying to steal our secrets and manipulate our decision making,” he continued.

Under questioning from independent Senator Rex Patrick, Burgess said the attempts to curry favour with politicians were coming from multiple countries. He said foreign intelligence services were adept at knowing at what stage people had been cultivated.

“Sometimes they’ll think they can chance their arm and do something more sinister and harmful,” the ASIO boss said.

“Other times they recognise this individual won’t be subject to that and they won’t ask them,” he continued.

Senator Patrick asked if foreign intelligence were trying to exploit politicians’ infidelities, sexual preferences, greed, or debt. Burgess said this was occurring but was not the main focus.

Social media was also a rich source of information, but not the only way foreign states found out about Australian politicians.

“An Australia-based foreign national was working with a team of foreign intelligence officers, who were trying to recruit multiple Australian security clearance holders,” the report (pdf) stated.

“The agents wanted sensitive information about the intelligence community’s operations, particularly those directed against their home country,” it continued.

“It is unacceptable that people in Australia are being intimidated simply for advocating for democratic reforms or criticising human rights abuses,” he said.

Foreign Minister Marise Payne said foreign interference was rife across the world and was adapting to new technologies to target individuals.

“The threat is as high or higher than it has ever been before,” she told 2GB radio on Oct. 21. “It’s been a priority for us for some time now and I think it’s a timely warning to parliamentary members.”

ASIO was also concerned about Islamic-linked terrorism and said it remained the nation’s greatest threat with Sydney and Melbourne the major centres of activity.

“We know groups such as ISIL and al-Qaeda continue to call on their supporters to conduct terrorist attacks, in some instances with Australia specifically identified as a target,” Burgess said.

ASIO warned that any future terrorist attack carried out on Australian soil was likely to be carried out by a single individual or small group using basic weapons, improvised explosives, or firearms, according to its annual report.

Burgess said about 80 Australians who travelled to Iraq and Syria to fight or support Islamic State were still in the Middle East.

“Some may bring back extremist ideology and enhanced battlefield capability back to Australia,” he said. Burgess also said multiple jailed terrorists in Australia were due for release over the next five years.

Right-wing extremism was also on the rise and being monitored by ASIO.

Burgess said 30 to 40 percent of its counter-terrorism workload was related to right-wing extremism, up from 10 to 15 percent before 2016.

“They see the pandemic as proof of the failure of globalisation, multiculturalism and democracy, and confirmation that societal collapse and a ‘race war’ are inevitable,” he told the committee.

The hearing revealed the “sobering reality” that Australia and other democracies face, according to Michael Shoebridge of the Australian Strategic Policy Institute.

Shoebridge said it was critical that Australia embrace the foreign interference laws introduced by then-Prime Minister Malcolm Turnbull in 2017, and there be successful prosecutions of foreign state operatives and Australians not disclosing relationships with such foreign state entities.

“Covert or corrupting manipulation of Australia politics and policymaking is a corrosive issue for our nation,” he told The Epoch Times on Oct. 21.

“There’s a shared responsibility on citizens, government agencies and those involved in politics to understand the threat and minimise our shared vulnerabilities,” he continued.

The Department of Home Affairs is developing a campaign to promote Australian values to counter narratives that are circulating online and bolster the country’s defences against foreign interference.

“There is a strong intention that we would be promoting Australia’s inclusive national identity, the fact that our modern national identity is based not in any particular ethnic heritage,” Richard Johnson, of the Home Affairs department, told a Senate inquiry on Oct. 15.

“We need to be cognisant of that history but it’s more shaped around an inclusive national identity, around Australian citizenship and Australian values,” he said.