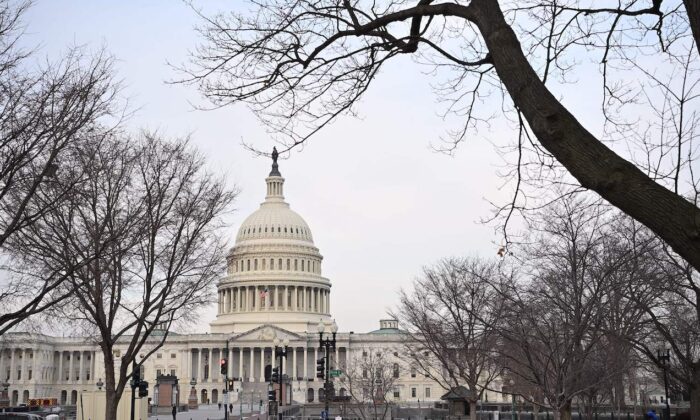 Lawmakers Ask for Probe of Airlines’ Use of COVID-19 Funds

Lawmakers in Congress are asking for a probe into the ways that airlines used COVID-19 relief funding amid an industry-wide pilot shortage.

Over the course of the COVID-19 pandemic, airlines received around $54 billion in funds from Congress to help continue to pay their employees at a time when travelers were scarce. The payments continued for 18 months, ending in September 2021, and required several conditions from airlines, including a prohibition on firing or furloughing employees, limits on compensation to executives, and a ban on stock buybacks and dividends.

Now, lawmakers are requesting a Treasury Department probe into whether the funding was used to fund early retirements and to buy out pilots’ contracts, and how such buyouts fueled current pilot shortages.

Even though airlines now have more pilots and run fewer flights than they did at the start of the pandemic, the industry has faced higher absentee rates due to pilots infected with COVID-19 being unable to work.

“We are concerned that some airlines have used federal funds obtained during the pandemic to provide buyouts and early retirement packages for pilots, which may be exacerbating a shortage of commercial pilots,” House Oversight Committee Chairwoman Carolyn Maloney (D-N.Y.) and Coronavirus Crisis Committee Chairman James Clyburn (D-S.C.) wrote in a Sept. 8 letter to the Treasury Department’s inspector general (pdf). “As a result of pilot shortages, thousands of flights have been delayed or canceled, wreaking havoc on travel plans for millions of American taxpayers.

“The Treasury Department allocated more than $60 billion of taxpayer funds to commercial airlines through the Coronavirus Aid, Relief, and Economic Security Act (CARES Act) of 2020 and the American Rescue Plan Act of 2021. Under the CARES Act Payroll Support Program, Congress intended the funding allocated to airlines to ‘preserve aviation jobs and compensate air carrier industry workers.’ As a condition of accepting federal funding, air carriers were prohibited from conducting involuntary furloughs or reducing pay rates and employee benefits.”

After receiving the funds, Maloney and Clyburn said, many airlines used them to incentivize early retirements “contrary to the intent of the CARES Act and American Rescue Plan Act.

“These early retirement programs exacerbated an existing pilot shortage within the airline industry, since by law pilots must retire at age 65.”

This figure is a concerning one, Maloney and Clyburn said, in view of the advanced age of many pilots. The two cited statistics that say that 13 percent of pilots will turn 65 in the next five years, as well as a prediction from a research firm that 42 percent of current pilots will retire by 2026.

Exacerbating these concerns, they said, is the rigorous, expensive training required for pilots to receive their license. This training can cost between $80,000 and $100,000, which is often paid out of pocket by the training pilot themself. In addition, pilots are required to log 1,500 hours of flight time as a precursor to receiving their license.

The letter continued: “Millions of travelers have been impacted by widespread flight delays and cancellations, with the pilot shortage being a major contributing factor. According to FlightAware, on September 5, 2022, there were 4,075 delays and 108 cancellations of flights within, into, or out of the United States. Some airlines have even dropped certain cities from their travel routes due to the pilot shortage. Delays and cancellations have forced travelers to miss weddings, funerals, family gatherings, and other events.

“While travelers are suffering the consequences of the pilot shortage, airline companies have benefitted from record high revenues. Airline stocks rose to nearly 200 percent above pandemic levels this spring and have maintained an upward trajectory. In 2021, airline companies enjoyed revenue growth of 8 percent to 12 percent, while passengers were forced to pay record-high prices for flights.

“American taxpayers supported the airline industry during its darkest days at the start of the coronavirus pandemic, when nearly 75 percent of commercial flights were grounded,” Maloney and Clyburn said. “Americans deserve transparency into how airlines have used the federal funds they have received.”

The lawmakers moved on to request that the Treasury inspector general “complete a thorough review of the federal funding Treasury has disbursed to airlines to sustain their operations during the coronavirus pandemic, including an accounting for how the funds were disbursed and used by each airline recipient, and whether any funds were used for buyouts or staff reductions,” with a preliminary briefing on findings by Sept. 22.