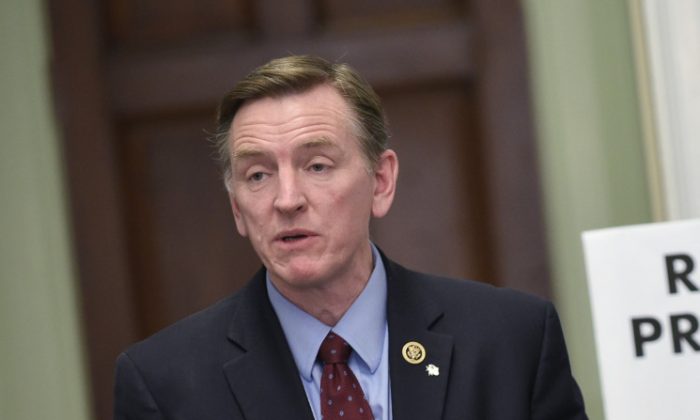 A member of the U.S. House of Representative called for the criminal prosecution of several top current and former FBI and Justice Department officials, citing that “clear and convincing evidence of treason” was revealed in a FISA abuse memo (pdf) declassified on Friday.

“The FBI knowingly took false information from the Democratic National Committee and the Hillary Clinton campaign and then used it to smear Donald Trump in order to hurt his campaign,” Gosar wrote.

“This is third world politics where the official government agencies are used as campaign attack dogs,” he added.

The four-page memo declassified by President Donald Trump on Friday, Feb. 2, revealed that the top brass at the FBI and DOJ knowingly concealed key information from a secret Foreign Intelligence Surveillance Court in order to obtain a warrant to spy on former Trump campaign advisor Carter Page.

McCabe, who stepped down from the FBI on Monday, was revealed to have admitted that the FBI would not have applied for a spy warrant on Page without the unverified anti-Trump dossier compiled by a British ex-spy and paid for by Hillary Clinton and the DNC. The memo also showed that the FBI and DOJ concealed from the court the political origins of the dossier and that Christopher Steele, the dossier’s author, wanted to stop Trump from being elected president.

Gosar wrote that the officials’ conduct in obtaining the warrants “is not just criminal but constitutes treason.” According to the U.S. law, treason is punishable by death.

The FISA abuse memo is the result of a year-long investigation by the House Intelligence Committee. It was initially released to members of the House on Jan. 18 and became the talk of the town in Washington since.

The memo’s lead author, Devin Nunes (R-Calif.), said that the document is not the only information his committee will release and indicated that lawmakers are now looking into allegations of misconduct at the Department of State.

Trump tweeted about the memo on Saturday morning and called its findings “an American disgrace.”

“This memo totally vindicates ‘Trump’ in probe. But the Russian Witch Hunt goes on and on,” Trump wrote. “Their [sic] was no Collusion and there was no Obstruction (the word now used because, after one year of looking endlessly and finding NOTHING, collusion is dead). This is an American disgrace!”