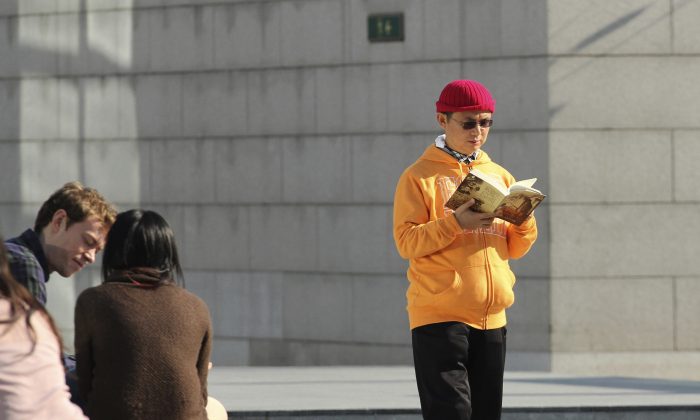 Yuan Hongbing is a former Chinese law professor; he now lives in exile, penning books about corruption in China and the Communist Party’s plans to subvert Taiwan. He also maintains a network of contacts in the mainland. In a recent interview with the overseas Chinese-language media outlet Mingjing, Yuan claimed that a well-known Chinese billionaire, Xiao Jianhua, was involved in China’s stock market crash of summer 2015.

Yuan says that he knew Xiao Jianhua from their time together at Peking University, where Xiao was the youngest law student there in 1986, matriculating at age 15. Yuan at the time was part of the university’s faculty, and was director of that year’s law student body. He became acquainted with Xiao and says he even briefly employed him, at Peking University, after Xiao graduated. He said that they stayed in touch for some years afterwards.

In the interview he makes reference to key political figures in China, including Zeng Qinghong, the consigliere to former Party leader Jiang Zemin, Chen Yun, one of the Party’s godfather figures, and many others, all of whom he says Xiao was financially involved with. He claims that Xiao helped to engineer the 2015 stock meltdown as a way of striking back against Wang Qishan’s anti-corruption campaign. Following the crash, numerous figures in the financial sector were hauled in for questioning by anti-corruption investigators.

Following are translated excerpts from Yuan Hongbing’s interview with Mingjing, published online on May 25.

“Among families of current and former Politburo members, and current and past standing committee members, the majority used Xiao Jiahua as their front man.

“Xiao Jianhua’s influence in the financial sector can be attributed to him getting help from Zeng Qinghong’s son. And his connections with Dai Xianglong and Zhou Xiaochuan were established mainly through the Chen Yun family.

“In China, all of the tens of millions of CCP officials were corrupt, without exception. Crony capitalism itself nurtures corruption. Corrupt officials fall into two groups: non-princelings, such as Guo Boxiong, Xu Caihou, Ling Jihua and Zhou Yongkang, and those princelings who were descendants of CCP generals and provincial level officials from the days when the CCP took power.

“Xi Jinping and Wang Qishan’s anti-corruption sweep has touched upon these families to a certain extent and has threatened the interests of these families. This is the background leading to the 2015 financial coup. The coup was conducted by Xiao Jianhua. When discussing the coup, princelings praised ‘the person from Beijing University’ as being courageous for having this kind of thinking.

“The aim of Xiao Jianhua’s coup was to get Xi Jinping to stop [the anti-corruption campaign] at the right time, or more specifically, to maintain the union of the tens of millions of corrupt officials with the cunning businessmen under the market economy of crony capitalism.

“From another point of view, it was a sign that the CCP’s internal political crisis had reached a critical point. Under the crony capitalist market economy, the union between corrupt officials and immoral businessmen is the political basis of centralized politics. Xiao Jianhua and Guo Wengui, and those who rely on the crony capitalist market economy, have challenged the system and even caused quite a serious threat to it. The current CCP totalitarian regime does not merely suffer from an economic crisis or simple economic corruption, but from political decadence.

“The purpose of the 2015 financial coup was to stop the central anti-corruption policy. More directly, it was about striking out against Wang Qishan.

“Through this financial coup, they wanted to take the power of the modern ‘Eastern Depot’ [in Chinese ‘dong chang’, a reference to a Ming dynasty secret police and spy agency] completely away from Wang Qishan.

“They thought that if Wang Qishan continued on this path, he would directly touch their interests.

“Since the source of corruption is rooted in the CCP’s crony capitalism, by not seeking to free the economic system from corruption, one can see that all anti-corruption efforts are actually just meant to protect the interests of the CCP’s power group.

“Chinese people in China and overseas must get a better understanding of the CCP’s tyranny as the most vicious curse on the Chinese nation. How to end the CCP’s tyranny as soon as possible is in China’s most fundamental political interest. The sooner the CCP ends, the fewer losses for China. If we allow the CCP to exist long-term, China will have no future.”