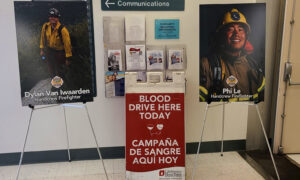 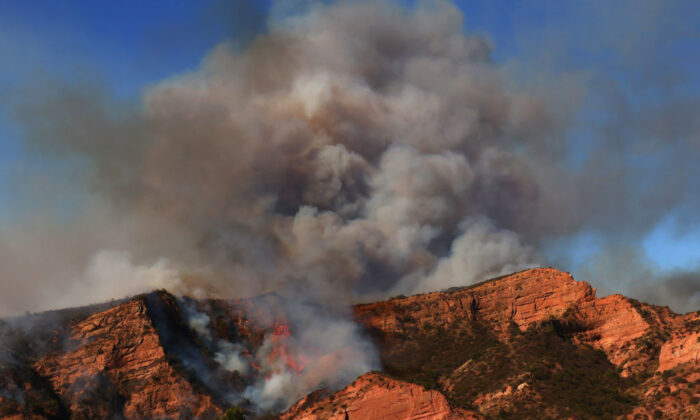 A San Diego law firm is trying to drum up clients to sue Southern California Edison (SCE) over damages resulting from the Silverado Fire in Orange and San Bernardino counties, claiming the utility company has admitted its own responsibility for the fire starting.

But the law firm may be overplaying its hand, says SCE spokesperson Chris Abel.

Abel told The Epoch Times an SCE letter sent to the California Public Utilities Commission (CPUC) has gotten media attention, but that report was standard procedure and reflects SCE’s diligence to identify any potential causes of the fire, not an admission of fault.

“This will be to your advantage. In a class action suit, the settlement or award will be divided equally among the plaintiffs; whereas, in a mass tort claim, each case will be heard individually,” the firm’s website states. It goes on to say that mass torts tend to pay more money to those who have been more adversely affected.

“If you’re one of the HUNDREDS of THOUSANDS of Orange/San Bernardino County residents impacted by the Silverado Wildfire, you may be entitled to significant compensation,” the website states.

Singleton didn’t respond to The Epoch Times’ inquiries on Dec. 29 and 30. However, its website states that the lawsuits are based on SCE’s own admission that its electrical equipment may have sparked the blaze.

The Silverado Fire burned 12,466 acres, destroyed two homes and one business, and damaged nine other residential and commercial structures. Four other minor structures were also damaged or destroyed, according to the Orange County Fire Authority (OCFA), which is investigating the blaze.

The wildfire started at about 6:47 a.m. on Oct. 26 during high-risk Santa Ana winds in Silverado, Calif., an unincorporated area of Orange County.

SCE sent the letter to CPUC on Nov. 24 to supplement an earlier web-based report on the Silverado Fire.

“Although OCFA has not shared the details of its investigation with SCE, it appears that OCFA is investigating whether a broken lashing wire we understand belongs to T-Mobile contacted an SCE overhead primary conductor causing the ignition of the Silverado Fire,” the letter states.

SCE is also looking into other potential causes of ignition, such as human activity as well as potential construction, maintenance, or design flaws, the letter states.

Abel told The Epoch Times that SCE is “cooperating fully” with the OCFA investigation, and reported the incident as required even though there was “no activity on the nearby 12-kilovolt circuit nor any downed power lines.”

“It appeared that a lashing wire, which was attached to a third-party telecommunications line, may have contacted the SCE power line above it, which possibly started the fire,” he said.

A lashing wire is used to wrap around bundles of telecommunications wires to hold them together, Abel said.

“Really, the investigation is being conducted by the Orange County Fire Authority; they will ultimately determine what the cause was,” he said.

Abel said SCE is doing everything it can to help prevent wildfires.

“Let me just say that our thoughts are with all those who have been affected by wildfire this year,” he said.

“The safety of our customers and our communities is absolutely our No. 1 one priority. We have a Wildfire Mitigation Plan that we filed with the CPUC, and we update that plan every year. And that plan indicates all of the things that we’re doing to help mitigate wildfires.”

Abel said SCE is “obviously aware” of the information posted on Singleton Law Firm’s website, but that the utility has not been served.

“We’re not aware of any lawsuit that’s been filed,” he said.