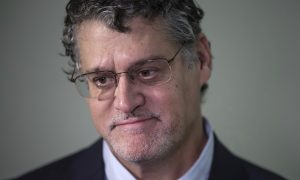 Why Would Fusion GPS's Simpson Invoke the First Amendment?
0 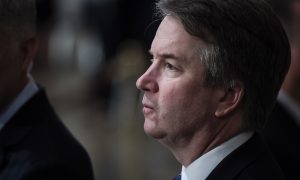 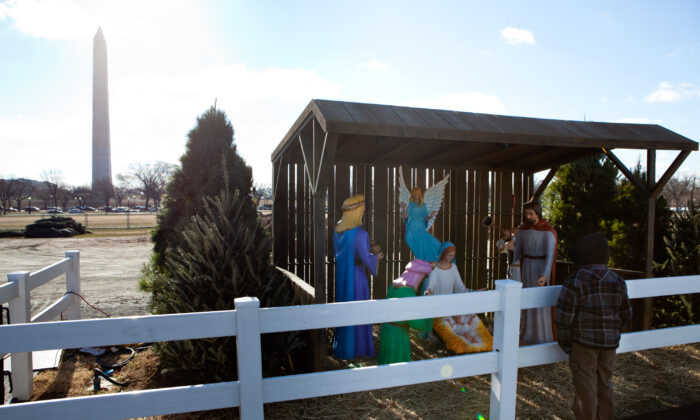 A nativity scene is on display near the Washington Monument on December 23, 2010 in Washington, DC. (Brendan Hoffman/Getty Images)
US News

An attorney from a religious liberty law firm said on Thursday that officials from a Delaware town have violated the First Amendment by banning religious displays on public property.

Roger Byron, senior counsel for the First Liberty Institute, wrote a letter (pdf) to city officials in Rehoboth Beach urging them to reverse their ban of a nativity scene display by the local Knights of Columbus (KOC) council that had been traditionally erected on city property near the beach on the Bandstand circle nearby other holiday displays such as a Christmas tree, light displays, and a large Santa’s House.

The ban had upset residents in the town who raised their concerns with the city at a December 2018 city council meeting and protests at the beach.

The city said the nativity scene display could not be placed on city property because it was religious. Mayor Paul Kuhns reiterated the city’s position during an interview with 47 ABC on Nov. 18, saying that “city policy is not to have religious displays on public property or city property.”

The city then offered residents an alternative location to put up the display about half a mile away from the other holiday displays at the beach but the residents and local church that are protesting the ban refused, saying that the nativity scene display’s rightful place is at the bandstand, according to Delmarva Now.

Byron said in his letter that prohibiting the nativity scene display while allowing secular Christmas displays is “textbook viewpoint discrimination,” adding that it is a “blatant violation” of the First Amendment protections of free speech and religious exercise.

“It is perfectly lawful to have a crèche or nativity on public property. The City has banned the Knights of Columbus from displaying a crèche on city property because of its religious nature,” he said in an emailed statement to The Epoch Times.

The attorney argued in his letter that the city’s action had not “merely burdened but utterly prevented” the free exercise of religion.

According to the law firm, the nativity scene display had reportedly been part of the Christmas holiday tradition since the 1930s.

The issue of whether religious displays, in particular nativity scene displays, should be exhibited in public property has remained an ongoing issue. The Supreme Court visited the issue twice in the 1980s.

In 1984, the justices considered a case, Lynch v. Donnelly, where the city had violated the Establishment Clause of the First Amendment by erecting Christmas displays that included Christmas trees, Santa Claus house, and a nativity scene. The justices held that the city had not violated the First Amendment because it was not advocating a particular religious message and was merely displaying the historical origins of the holiday.

Meanwhile, in 1989 the justices ruled in County of Allegheny v. ACLU that the nativity display inside a courthouse was unconstitutional because it was unaccompanied by any other symbols or displays and that a reasonable observer would view the display as a city endorsement of the religious message violating the First Amendment’s Establishment Clause.