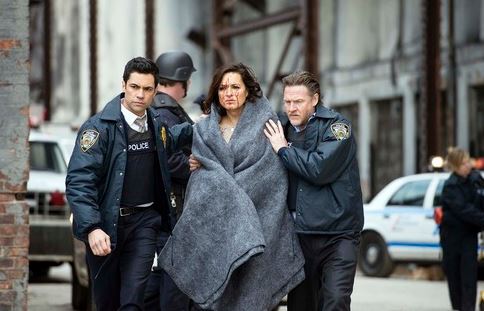 Law & Order: Special Victims Unit is wrapping up season 15, and the finale is set for May 21.

The official description reveals that Amaro’s recklessness once again makes him the target of Internal Affairs, and he has no choice but to face the consequences. With his professional and personal life at risk, he looks to his friend John Munch for advice.

Meanwhile, an online ad for escorts leads to the rape and robbery of several male tourists, and one of the suspects has a surprising connection to Sergeant Benson that may change her life forever.

Although William Lewis is gone, repercussions of Benson’s “last dance” with The Beast will still longer.

“Among the questions on the table: Will Olivia get the squad? Will there be a new captain? Will he stay? Will she get the squad back? What happens to baby boy Doe?” executive producer Warren Leight told TVGuide.

“This guy wants to haunt [Benson] for the rest of her life and one of the questions is, will she let him do that?”

The hit show was finally renewed for a season 16 recently, although a premiere date hasn’t yet been announced.