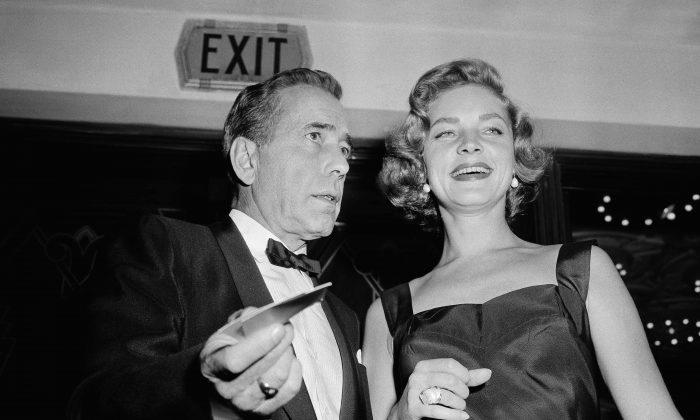 Lauren Bacall and Shimon Peres were apparently cousins, according to a report that popped up after her death.

Bacall passed away on Tuesday, August 12.

The Jewish Journal published an article by journalist Steve North shortly after her death, in which he recounted a conversation he had with Bacall’s agent years ago.

North says that in 1984, when Peres became prime minister of Israel, he wanted a comment from someone appropriate, so he decided to call Bacall’s agent to try to get her on the line.

He says the agent was indignant and wondered why North would even bother to call, knowning how busy Bacall was.

North recalls that he said because Bacall and Peres were first cousins, which the agent said was “completely untrue.”

“Where in the world did you hear something like that?” the agent wondered.

“I’m not sure,” North said, “but I do know I heard it years ago, I think around the time I met Mr. Peres in Israel. Someone told me his birth name in Poland was Perski, which was Miss Bacall’s birth name too … although she spelled it Perske … and that their fathers were brothers. They quite obviously look alike, and I would appreciate it if you would ask her about this.”

The agent said he’d call North back, and called back 10 minutes later, saying that Bacall had confirmed that she was cousins with Peres. Bacall said that she was proud of Peres and wished him the best.

North says that Peres invited Bacall to Israel some years later, and the two finally met in person.

The story of a connection between Bacall and Peres seems to have originated years ago, when the Ocala Star-Banner reported in 1987 that Bacall said that she and Peres were possibly related and that she was going to investigate the potential family ties.