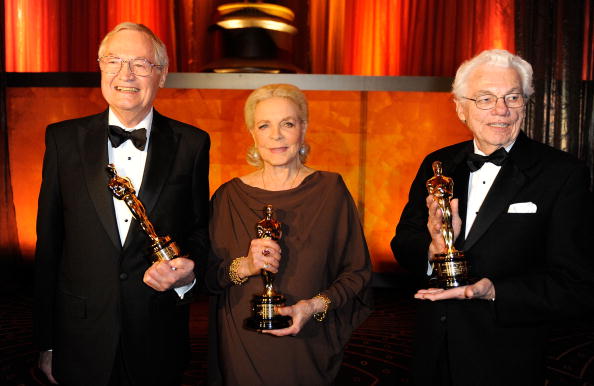 Lauren Bacall, the longtime Oscar-winning actress, has died, according to a reports on Tuesday.

She was 89 when she passed, TMZ reported. The wesbite cited family members as its source of information.

Later, the Humphrey Bogart estate tweeted: “With deep sorrow, yet with great gratitude for her amazing life, we confirm the passing of Lauren Bacall.”

TMZ said she died on Tuesday morning in her home.

The death was first reported on by MSNBC’s Thomas Roberts on Tuesday night via his Twitter account.

Bacall is best known for her roles in “Key Largo,” “The Mirror Has Two Faces,” “Designing Woman,” and “To Have and Have.”

Roberts or TMZ did not any other details about her death. “BREAKING NEWS – actress Lauren Bacall passes away at the age of 89 according to my source who is connected with friends & family,” Roberts wrote on Twitter.

She leaves behind three children.

Some people were tweeting a Media Mass link, which says Lauren Bacall isn’t dead and the whole thing is a hoax. However, Media Mass is a “satire” website, according to its disclaimer.

“The website mediamass.net is the medium of our satire to expose with humour, exaggeration and ridicule the contemporary mass production and mass consumption that we observe,” it says.

It adds: “The ‘People’ section is a humorous parody of Gossip magazines, all stories are obviously not true,” which includes the death hoax stories.

All the “death hoax” articles on Media Mass are generated through a template and are likely several months to several years old.

With deep sorrow, yet with great gratitude for her amazing life, we confirm the passing of Lauren Bacall. pic.twitter.com/B8ZJnZtKhN

BREAKING NEWS – actress Lauren Bacall passes away at the age of 89 according to my source who is connected with friends & family.

The mediamass site that tells you someone’s death is a hoax is a hoax site.

His wife likely was home at the time but was unaware, Marin County Sheriff’s Lt. Keith Boyd said.

Boyd said Williams was last seen alive by his wife Sunday night when she went to bed. She woke up the next morning and left, thinking he was still asleep elsewhere in the home.

Shortly after that, Williams’ personal assistant came to the Tiburon home and became concerned whenWilliams failed to respond to knocks at a door. The assistant found the 63-year-old actor clothed and dead in a bedroom.

Boyd said all evidence indicates Williams, star of “Good Will Hunting,” ”Mrs. Doubtfire,” ”Good Morning, Vietnam” and dozens of other films, committed suicide by hanging himself. But he said a final ruling will be made once toxicology reports and interviews with witnesses are complete.

The condition of the body indicated Williams had been dead for at least a few hours, Boyd said. Williams also had superficial cuts on his wrist, and a pocketknife was found nearby.

The Oscar-winning actor for years dealt with bouts of substance abuse and depression and referenced his struggles in his comedy routines. Just last month, Williams announced he was returning to a 12-step treatment program.