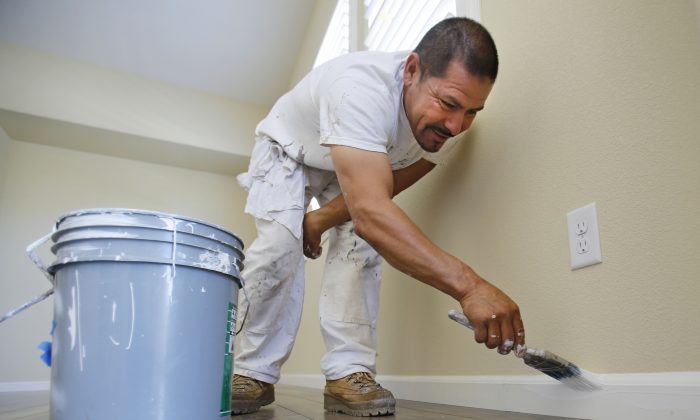 The Latino community in California has grown tremendously, becoming the state’s largest ethnic group just five years ago. But despite this growth, the state’s Hispanic population isn’t faring as well as their fellow Californians economically.

A report from the California Latino Economic Institute (CLEI) (pdf) sheds light on this subject, showing that despite the growing economy, Latino residents struggle to keep up with Asian Americans and whites.

Furthermore, while African Americans have also failed to keep up with other groups, they represent a much smaller part of the population. According to the report, California’s population is 39 percent Latino, 37 percent non-Latino white, 15 percent Asian American, and 6.5 percent African American.

In an interview with The Epoch Times, the report’s author, Dr. Mindy S. Romero, said that Latinos face a number of challenges when trying to lift themselves out of poverty.

“In the fields of business and entrepreneurship, it’s understood that there are a lot of challenges in the United States and California [for Latinos] getting access to capital,” she said. Despite this reality, lower rates of starter cash aren’t the only problem.

“[Latinos also struggle] to get things like mentorship and training, [all the knowledge] a business needs to succeed,” she said.

The report stated that at least 37 percent of the state’s employed population is Latino, and that nearly one-quarter of all firms are Latino-owned. But while Latino entrepreneurs are a growing force in California, businesses owned by Latinos tend to be smaller and generate a lot less revenue than businesses run by whites or Asians.

“The Stanford Latino Entrepreneurship Initiative reports that this difference in receipts and sales represents an opportunity gap of $1.47 trillion in the U.S. economy,” the report explains.

According to Romero, who’s also the founder and director of the California Civic Engagement Project (CCEP) at the University of Southern California Price School of Public Policy, many of these businesses are small because Latinos aren’t finding jobs, so they choose to start a business out of necessity.

“For some, [becoming an entrepreneur] might be a reflection of not being able to find employment that will yield a higher income,” Romero told The Epoch Times. “So they turn to entrepreneurship in a small way … to survive.”

Unfortunately, Romero added, the hurdles Latinos face make it harder for them to break into higher paying jobs as they are more likely to attend underperforming schools. She said she believes that something must be done on the legislative level to address the income disparities.

“There’s an urgency for action,” Romero said. “California has responsibilities to the Latino community. We need a commitment to changing these numbers.”

But despite the disparities and the desire for California’s Latino population to become more productive, Venezuela-born author and freelance political writer José Niño says that looking for solutions in the state’s legislative would be counterproductive.

In an email to The Epoch Times, Niño said that many of the Latino immigrants who now live in California come from “humble origins. So it’s only natural that there will be stumbling blocks in their economic development.”

However, he added, “after one or two generations of hard work and assimilation, their social outcomes tend to be on par with most Americans.”

While Romero highlighted the importance of Latinos heading larger firms that will employ more people and help the California economy in a more impacting way, Niño thinks that the state shouldn’t worry about size.

“Small businesses are some of the best opportunities [for economic growth]. Although a lot of small businesses don’t end up amounting to much, they do give many Hispanics crucial on-the-job experience and hands-on exposure to the inner workings of running a business. This has tremendous carryover into bigger business ventures or conventional work paths along the corporate ladder.”

Furthermore, the author said, “the impact small business experience has on an individual’s professional development cannot be overstated.”

“These businesses are also socially beneficial in that they promote a culture of thrift and also keep the social glue of immigrant communities intact.”

If anything, Niño added, legislators must “cut the red tape” so that “more Hispanics can start businesses and be allowed to grow them without having to worry about government regulations.” Unfortunately, many of the policies pushed by Latino advocacy groups, Niño concluded, end up making it more difficult for Hispanics to progress.

“Apart from creating dependency on the state, many of these policies effectively re-create the same political environments that many Latinos fled from in the first place, which are often rife with crony deals, corruption, rent-seeking, and nepotism.”

When government passes legislation that benefits one group, Niño explained, “it sends a message to both Latinos in America and prospective migrants that the path to success is by scratching the government’s back and lobbying for certain pet projects.”

“This will dis-incentivize Hispanics from using business savvy in the free market or turning to civil society, not government to solve their problems.”