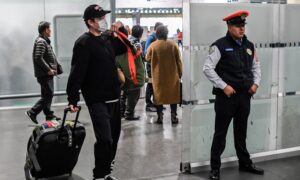 At Least 12 Dead in Bus Accident in Peru
0
Americas

The U.S. National Hurricane Center (NHC) said in its most recent update that the core of Hurricane Willa is now passing over southern Mexico.

The core of the storm, a Category 3 hurricane with 125 mph winds, passed over Las Islas Marias, Mexico, the agency said at 11 a.m. ET.

A hurricane warning is in effect for San Blas to Mazatlan, including Las Islas Marias.

“Willa is moving toward the north-northeast near 6 mph (9 km/h). A faster motion toward the northeast is expected by this evening. On the forecast track, the center of Willa will move over Las Islas Marias within the next few hours, and make landfall within the hurricane warning area along the west-central coast of mainland Mexico this evening,” said the NHC.

“While gradual weakening is forecast today, Willa is expected to be a dangerous hurricane when it reaches the coast of Mexico. Rapid weakening is expected after landfall tonight and continuing into Wednesday,” said the NHC.

Hurricane conditions are expected on Las Islas Maria later in the day and within the hurricane warning area along the coast of mainland Mexico starting in the afternoon, the NHC added.

“Willa is expected to produce storm total rainfall accumulations of 6 to 12 inches, with local amounts to 18 inches, across portions of western Jalisco, western Nayarit, southern Sinaloa, and far southern Durango in Mexico,” the NHC said, adding that landslides and flash flooding are likely.

Elsewhere in the tropics, post-tropical cyclone Vicente continued to weaken, according to the NHC.

The system is expected to weaken inland and dissipate over the next few days.