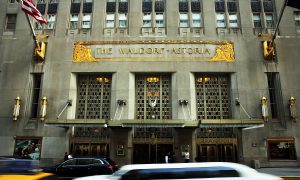 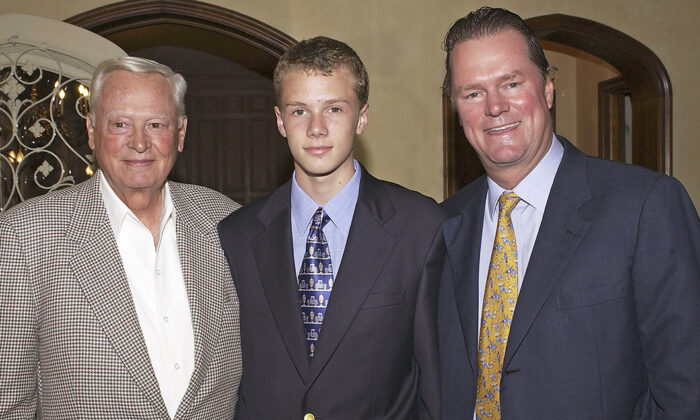 An American hospitality tycoon gave away nearly his entire fortune to a Southern Californian not for profit organization when he died on September 19.

Barron’s donation is estimated to be worth $3.4 billion, making him the organization’s most significant donor and lifting the charity’s funding pool to $6.3 billion. The foundation mourned the loss of a “remarkable man.”

“My father was a loving husband to our mother, Marilyn, a wonderful role model to his eight children, a loyal and generous friend, visionary businessman, respected leader, and a passionate sportsman,” Barron’s son and Foundation Board Chairman Steven M. Hilton said in a statement. “He lived a life of great adventure and exceptional accomplishment.”

It is with sadness that we share the news that our chairman emeritus, Barron Hilton, has passed away. https://t.co/Hgs5QK3WN4 pic.twitter.com/43Vfie9bUF

Barron served in the U.S. Navy as a photographer during World War Two and was also known to be quite an avid pilot. He started working for Hilton Hotels in 1951, after having made a fortune from selling Vita-Pakt orange juice products and founding the McDonald Oil Co. and aircraft-leasing business, Air Finance Corp.

He also founded the Los Angeles Chargers in the American Football League (AFL) and oversaw the merger between the AFL and National Football League. His hobbies included hunting, fishing, and flying with various business leaders, aviators, and astronauts among the many who joined Barron in these pastimes.

Barron was known to be open about his opposition to the foundation using shares in his father’s fortune to help Catholic nuns because it could leave the company exposed to a hostile takeover. A decade-long legal dispute with the nuns ended in a settlement that finally bought closure to the matter.

“It was a very painful decade,” Barron told USA Today in 1995 according to the Associated Press. “Hilton vs. the nuns was not the best public relations move.”

Barron outlived his wife of nearly 60 years, Marilyn Hawley Hilton, who died back in 2004. He is survived by eight children, 15 grandchildren—including heiresses Paris Hilton and Nicky Hilton—and four great-grandchildren.

His donation will be used to help relieve financial hardship for disadvantaged and vulnerable people around the world. The foundation operates a total of 11 program areas including providing access to safe water, ending chronic homelessness, disaster relief, and recovery, helping young children affected by HIV and AIDS, and hospitality workforce development among others.

Any money granted must first be selected by an independent international jury, and each year a $2 million grant is awarded to any not for profit organization that demonstrates extraordinary achievement in relieving human suffering.

Since the foundation was established in 1944, it has awarded more than $1.8 billion in grants, and distributed $112.5 million across the United States and the rest of the world in 2018.