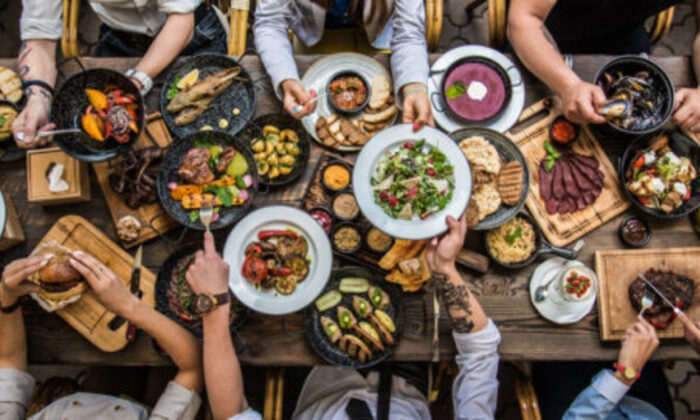 A family shares a meal in this file photo. (Photo: Shutterstock)
Australia

A Fair Work Commission hearing in Melbourne, Australia has awarded an Australian man almost AUD$10,000 (US$6,900) after he was unfairly sacked from his family’s business—for being late for dinner at his parents’ house.

Pasquale Parente was an assistant manager at the family’s car repair business, Selective Smash Repairs in Brooklyn, a suburb of Melbourne. Parente gave evidence at the hearing that he had arrived late for dinner at his parent’s home. An argument ensued, and Parente was told to leave and never come back—to either his parent’s house or to his job at the family business. Parente took this to mean that he had been sacked without notice.

On April 1, Parente made an application on the grounds of unfair dismissal to Australia’s Fair Work Commission, which is mandated with setting minimum wages, resolving workplace disputes, and hearing unfair dismissal claims. The Commission awarded him AUD$10,115 (US$6,963).

Parente’s father, Egidio Parente, is the owner and manager of Selective Smash Repairs, and his son had helped him to manage the business. Although Parente’s parents participated in a conciliation process, this was ultimately unsuccessful, and Parente subsequently made his claim. Neither of his parents nor any representative of the company appeared at the hearing.

Commissioner Sarah McKinnon said that as the business had failed to respond formally to the claims, the facts of the case were undisputed: “The facts are as they are disclosed by Pasquale. The only question is whether the dismissal was unfair, and if so, what should be done about it,” said McKinnon.

“Pasquale was dismissed for arriving late for a family dinner. His relationship with his parents had been under strain for approximately one month, but there is insufficient context before me to explain why arriving late for dinner would have been a valid reason for dismissal. I am not satisfied that it was.

“I am left in the dark as to any additional contextual matters that should or could have been taken into account when considering if the dismissal was unfair. It is, to my mind, extremely sad that what was once a loving family has allowed relationships to deteriorate to the extent that they have,” she said. “However, Pasquale has the right to bring his claim and I must deal with it accordingly.”

“There is no evidence that the business or any of its officials had any relevant belief that the conduct of Pasquale was so serious that immediate termination would be justified,” McKinnon said.

“If it was anything but a summary dismissal, there is no evidence of any warnings given to Pasquale before he was dismissed. Pasquale’s evidence is that there were none.”

The commissioner said that there was no evidence that Parente’s performance at work had been less than satisfactory, and that his dismissal had therefore been unfair.

She believed that reinstatement would not have been a suitable solution, because Parente had already found another job and because there was “A genuine loss of trust and confidence between the parties which is likely to be a difficult hurdle to overcome given the deeply personal relationships involved.”

McKinnon stated that had Parente not been dismissed, he would likely have continued in his job for at least another 6 months, and would have earned over AUD$31,000 (US$21,000) in the process.

“I am not satisfied that Pasquale’s conduct in arriving late to dinner on March 10, 2019 can fairly be characterized as work-related conduct,” she said. “I am satisfied that an order for compensation is appropriate in the circumstances.”