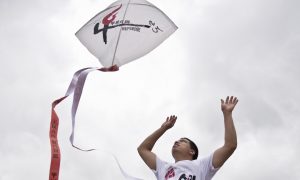 The Spirit of Freedom: From Tiananmen to Iran to the Berlin Wall
0
Share Now
TelegramFacebookTweetEmailTellMeWeReddit
Copy Link 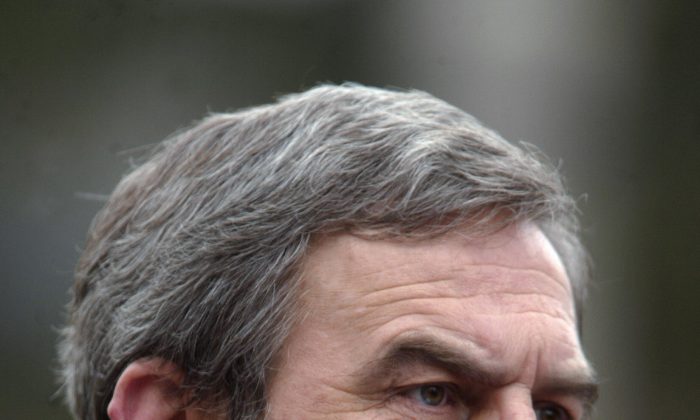 Laszlo Tokes, who sparked the 1989 anticommunist revolt in the western Romanian city of Timisoara, addresses ethnic Hungarians during a demonstration attended by around 10,000 people in Odorheiul Secuiesc, Romania on March 15, 2006. (Daniel Mihailescu/AFP/Getty Images)
Europe

Laszlo Tokes: The Man Who Started the Romanian Revolution

BRUSSELS—Twenty-five years ago, the Romanian people revolted against dictator Nicolae Ceausescu, ending 42 years of communism in Romania in December of 1989. That revolution was probably triggered by the protestant bishop, Laszlo Tokes, in the city of Timisoara.

For years, Tokes had spoken out against the injustices he saw: government-imposed food shortages, heavy surveillance by a large network of secret police, destruction and relocation of entire villages, and oppression of minorities and religious groups, to name a few.

On Dec. 15, 1989, authorities removed Tokes from his church, the Hungarian Reformed church, and evicted him from his apartment in Timisoara.

That night, residents of Timisoara surrounded Tokes’s house, many of them his congregants, to protest the decision.

The next day, more protesters—people of different faiths and ethnicities—joined the protests. The numbers kept growing.

To quell the protests, the police were ordered to fire at the protesters, killing men, women, and children indiscriminately. The exact number of those who died in the revolution is not known, but many say over one thousand, while others say several thousand.

News of the event spread quickly throughout Romania, mostly by word of mouth and foreign media. National media kept silent.

The next day, in a live speech, Ceausescu condemned the protests again and promised more social benefits for the Romanian people. The crowd booed at him and chanted “Timisoara!”

“I remember that at the time of the cruel Ceausescu dictatorship, there was a Romanian society on the surface and another reality underneath the surface—behind the reality of everyday life,” said Tokes, recalling how people had become disillusioned with communism but were too afraid to fight it.

“There were two alternatives: cruel oppression (and that was the alternative of Ceausescu, who wanted to oppress and suppress the uprising), and the other alternative was the change of regime,” he said.

While Ceausescu did not change the regime, the regime changed nonetheless.

On Dec. 22, the Romanian defense minister committed suicide. Suspecting Ceausescu had murdered him, the Romanian military joined the protesters and chased Ceausescu out of his residence. Ceausescu managed to escape, but he was later captured and brought back to Bucharest for a show trial. Ceausescu and his wife were sentenced to death and executed a few days later on Christmas day.

“In retrospect, I think he [Tokes] was the trigger. He was the man of great courage standing up for what he believed, and in a way that demonstrated to the wider public in Romania that it is possible to stand up against the Ceausescu regime,” said György Schöpflin, a Hungarian academic who has researched anti-communist uprisings in Eastern Europe.

While that ended the official era of communism, the transformation to a free society is still underway.

What began as a genuine grassroots revolution against the Ceausescu regime was very quickly captured by the communist elite. Those elites did not disappear or flee the country when Ceausescu was overthrown, and many still retain their power today.

“There are elections, but in many ways the old ways live on. What is worrying is that there is a new generation, or possibly two new generations, who are benefiting from the old officials’ power, and they are blocking any further transformation of Romania for their own interests,” Schöpflin said.

Twenty-five years later, Tokes, now a member of the European Parliament representing Hungary, is still active in bringing change to his motherland. But he is also clear that true freedom is not a result of political change.