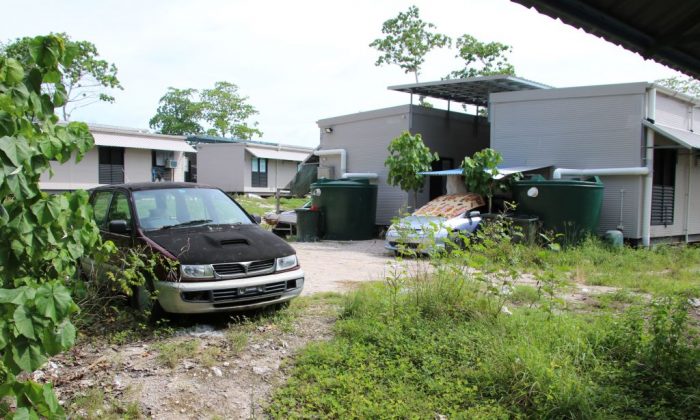 The last four children living in Australia’s asylum seeker processing centre on Nauru have been flown to the United States for resettlement.

The children left the island country with their families on Feb. 27 afternoon.

Immigration Minister David Coleman said they were the last of 2,000 children that had been living in detention on the island.

“We got them all out,” he said in a statement on Thursday.

“This is something the government has been working on for some time, quietly and in a way that would not impact our border protection policies.”

Prime Minister Scott Morrison said it was pleasing to have been able to achieve this.

“The only way you can ensure that children don’t go back on Nauru is to ensure that your border protection regime is not compromised and that you do not allow vessels to illegally enter Australia with children on board,” he told reporters in Sydney.

The departure of the children and their families brings the number of refugees to have been resettled in the United States under a deal signed by former U.S. president Barrack Obama with Australia to 493.

Another 265 refugees have been assessed but rejected by the United States under its vetting policy.

At the moment, 394 asylum seekers remain on Nauru and 580 on Papua New Guinea’s Manus Island.

Some refugee advocates are worried the deal with the United States won’t allow resettlement for the hundreds of asylum seekers still on Nauru.

“Almost six years of detention on Nauru has created a mental health crisis on the island, and the government still has no secure future for them,” Refugee Action Coalition spokesman Ian Rintoul said.

But Home Affairs Minister Peter Dutton says Australians have been “conned” into believing medical care on Nauru and Manus Island is not being provided to those who need it.

“We’re being conned at the moment,” he told 2GB on Thursday. “The true story of Manus and Nauru is going to come out at some point.”

Dutton is focused on ensuring the changes don’t ramp up the people smuggling trade, saying Australia was in a “very dangerous period” on border protection policy.