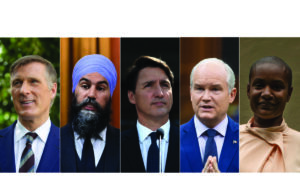 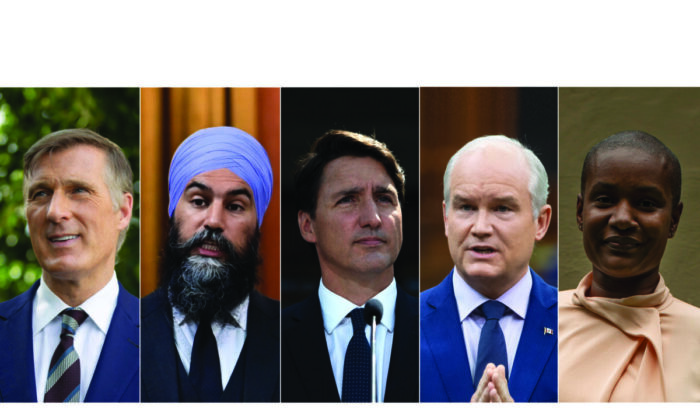 Party leaders were on the hustings again on Sunday, making their final effort to woo voters before Canadians go to the polls on Monday.

A key focus for Trudeau on the last day of the campaign has been to call on progressive voters to choose him and his Liberal Party over other left-wing candidates.

“This is the moment in the campaign where people across the country are wondering, as progressives, which way should we vote? Because let’s be honest, there’s a number of progressive parties out there, and people who want to stop Erin O’Toole know that the Liberal Party is the only party that can stop Mr. O’Toole,” Trudeau said at a campaign stop in Vaughan, Ont.

Trudeau also criticized Conservative Leader Erin O’Toole on his climate policy and for not pushing mandatory COVID-19 vaccinations, and said the Liberals are the best choice “to end this pandemic for good.”

At a campaign stop in Markham, Ont., on Sept. 19, O’Toole touted his party’s platform, reiterating his promises to address issues such as job creation, corruption, mental health, domestic vaccine development, and affordability.

“The most important thing I learned is when you have a mission, when you need to bring a team together to accomplish that mission, you need a plan for the mission and we’ve got the plan in Canada, a recovery plan,” he said.

O’Toole also promised to “clean up the mess of corruption in Ottawa with accountability and transparency law,” adding that “the toughest anti-corruption laws in our history” are needed “because we’ve got the most corrupt government in our history.”

The Conservative leader said he will prepare for future crisis by building up domestic capacity in developing vaccines and medical equipment.

O’Toole also criticized Trudeau for his government’s wasteful spending and increasing the debt, promising that a Conservative government “will balance the budget for our kids, or our grandkids.”

NDP Leader Jagmeet Singh campaigned in British Columbia on Sept. 19, kicking off the day with a press conference in Burnaby, before making stops in Surrey, Maple Ridge, the Tri-Cities, and then returning to Burnaby North-Seymour in the evening.

At the press conference in Burnaby, Singh said many who supported the Liberal Party are switching to the NDP, which he attributed to Trudeau’s policy failures in addressing the housing affordability crisis and the environmental issues.

“A lot of people that voted for the Liberals are switching over and saying we’re gonna vote for the Democrats,” Singh said.

“In B.C., particularly in the Lower Mainland, the housing crisis is raging, people cannot find a place, a home to afford with their budget. And when Mr. Trudeau promises to [deal with] the housing crisis and doesn’t, young people suffer, young people pay the price, they cannot find something that’s in their budget, they can’t find a place they can ever imagine owning, they can’t even find a place that’s affordable to rent. And so those broken promises mean people end up paying the price,” he said.

When asked how he would define “success” on election day, Singh said his aim is to be elected prime minister, but would not consider his campaign a failure if the election result turns out differently.

Speaking at a rally in Westlock, Ont., People’s Party of Canada Leader Maxime Bernier told supporters on Sept. 19, that he will continue serving as the “real opposition” in Parliament even after the election.

“As the only real opposition, we will oppose everything that is against our Charter of rights, and we will work for Canadians, for the sovereignty of our country, we will do that every day,” Bernier said.

“We know that our way of life is in danger, that we are losing our country at a rapid pace.”

Green Party Leader Annamie Paul was in Toronto on Sept. 18 to support local candidates. Paul spoke at a climate rally in Allan Gardens, and later joined an AIDS walk at Barbara Hall Park.