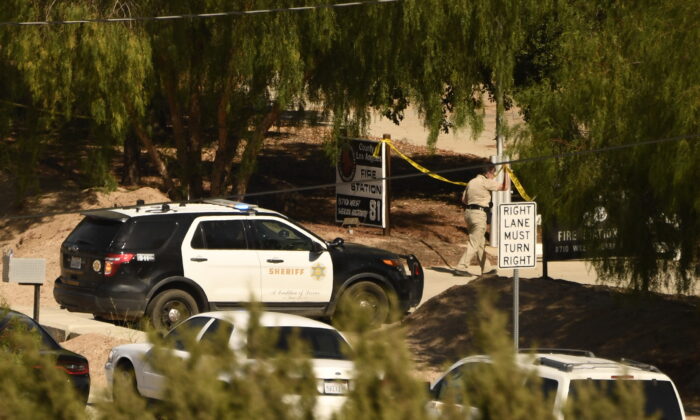 STEVENSON RANCH, Calif.—A Los Angeles County sheriff’s deputy who went missing after a traffic crash in Stevenson Ranch only to be found at his home nearby has been arrested on suspicion of drunk driving and relieved of duty, department officials said.

He allegedly crashed his patrol SUV while on the way home, according to a source familiar with the incident. Another off-duty deputy came to the scene and drove him to his nearby home, the Santa Clarita Valley Signal reported.

Lopez, a member of the department’s Special Enforcement Bureau, was eventually taken to Henry Mayo Newhall Hospital for treatment of a possible head injury and released a short time later.

He was arrested and released with a citation for a misdemeanor charge of driving under the influence, a source told the media.

Sheriff Alex Villanueva issued the following statement on Twitter at 4:10 p.m. Aug. 27: “I have been notified of the incident involving a @LASDHQ employee. I am taking this incident seriously and will ensure this matter is properly investigated. Until the investigation is completed, I cannot comment on what the outcome will be.”