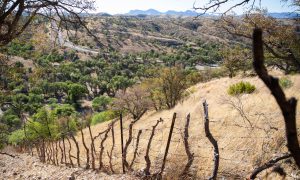 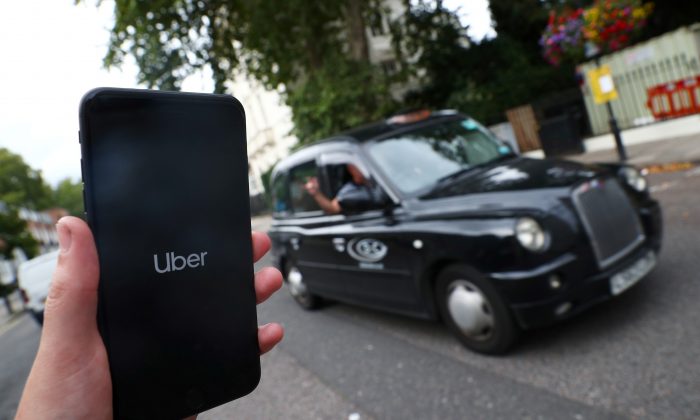 The Uber application is seen on a mobile phone in London, Britain, on Sept. 14, 2018. (Hannah McKay/Reuters)
US News

An Uber driver in Las Vegas was recorded being beaten by passengers, according to authorities on Jan. 15.

The driver, who was not named, told Fox5 that he picked up two young men at an apartment near the Las Vegas convention center last week and noticed something was wrong.

“Because of the situation being so shady he asked them to leave the car,” the Uber driver’s son told Fox5.

UPDATE: The two have been arrested!

The driver realized the two passengers were underage and requested only one rider through UberPool. He then canceled their request and asked them to leave the vehicle.

“When he asked them to leave they started throwing punches at him,” the driver’s son told Fox5. The son didn’t want his name published in the media.

The entire attack left the family “shaken up,” the son said.

“It’s definitely brutal,” he added. “It’s hard to watch because it just makes you wonder how safe the drivers are when they’re driving.”

The driver suffered a broken cheekbone, his son said.

“He was shaken up, he was shaking,” the son said. “He was basically panicking. He didn’t know what was happening. They did a CAT scan of his brain and his face. They said that he has a broken cheekbone right under his eye.”

Two juveniles were taken into custody following the incident, the Las Vegas Metro Police confirmed to the Fox affiliate.

When some youth don't get what they want… this happens. Another reason to have #dashcams or just quit #ridesharing altogether. @uber does nothing to prevent minors from using the app. https://t.co/h9JstzLWrB

The entire incident was captured on the man’s dashboard camera.

The son said his father is driving again, but he’s still scared.

“I don’t think that it’s ever going to be like before for him,” he said. “The camera doesn’t really help with people being safe. It just points out who the victim is and who the attackers are,” he added.

The incident is still under investigation.

It comes days after a woman in Iowa claimed her Uber driver made racial slurs while the two argued. The woman called the Uber driver a “slave” for “driving people around for a living,” Newsweek reported.

Uber told Newsweek that the driver was removed. “This behavior is appalling and it has no place on the Uber app or anywhere. Uber does not tolerate any form of discrimination and as soon as we learned of this report, we removed this driver’s access to the app,” said the firm.

Overall violent crime decreased 0.2 percent from 2016 to last year, while property crime decreased 3 percent during that time, the agency said in September 2018, releasing data from the previous year.