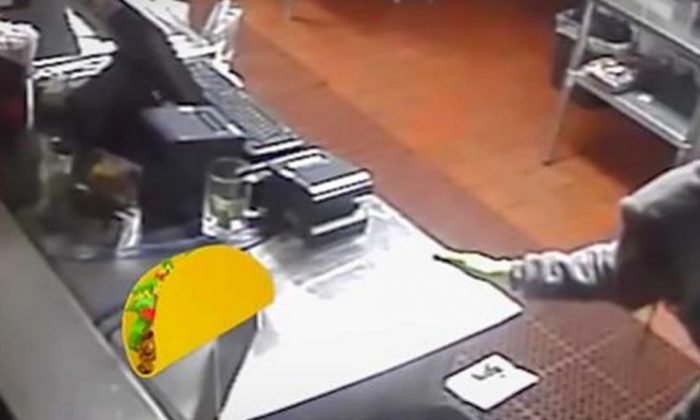 While getting robbed might be disheartening for any small business owner, this Las Vegas taco shop turned it into an advertising opportunity.

A break-in at Frijoles & Frescas restaurant on Charleston Boulevard in Vegas a few weeks ago was captured via a store security camera. Store manager Greg Carlson turned the footage into a YouTube video, titled “Burglars Just Want Tacos,” and shows the robbers as food-crazed patrons looking for Mexican food. “We think they may have been looking for tacos. Not sure,” the caption reads.

“We felt like a lighthearted approach was both consistent with our company culture and would also be more likely to reach a larger number of people in the community,” Carlson told the Las Vegas Weekly.

He added: “I thought to myself: ‘ We’re going to have some expenses from this. I might as well do something that will inspire people to come try out food.”

The clip has now generated more than 4 million views on YouTube.