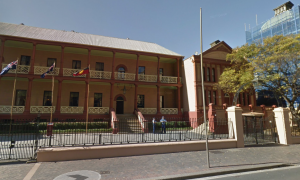 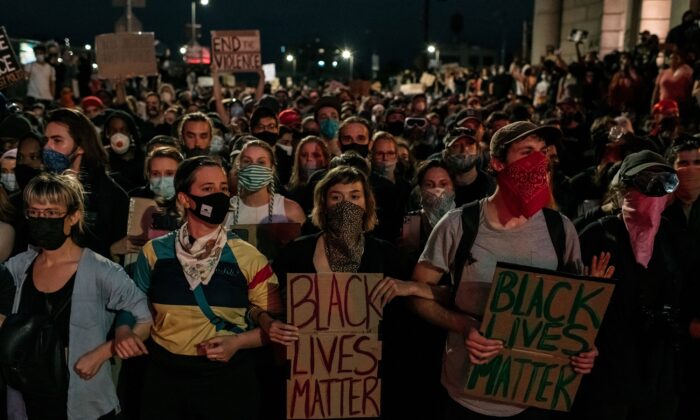 Protesters on the Manhattan Bridge in New York, N.Y. on June 2, 2020. (Scott Heins/Getty Images)
US News

Las Vegas Police Officer in ‘Grave Condition’ After Being Shot in Head: Officials

The Las Vegas police officer who was reportedly shot in the head on Monday is still in critical condition, officials said, as a 20-year-old suspect was taken into custody and charged with attempted murder.

Shay Mikalonis, 29, of the Las Vegas Metropolitan Police Department, is still on life support after the suspect, named by officials as Edgar Samaniego, opened fire on officers. Police were trying to disperse a group of protesters near the Circus Circus casino, according to the Las Vegas Review-Journal.

Assistant Sheriff Chris Jones identified Mikalonis as the victim, saying he is in “grave condition” as of Tuesday night.

According to Las Vegas police, Samaniego was apprehended after officials used surveillance footage. Investigators tracked him to a motel across the street from where the shooting occurred.

It’s not clear if Samaniego was involved in the protests, which were sparked nationwide after the death of George Floyd in police custody.

“I know this is a difficult day for Nevada. And it’s during these trying times we must remind ourselves that creating a state where justice and peace exist together in partnership, not as a binary choice, is the goal we must all work toward,” Nevada Gov. Steve Sisolak told Fox5.

“I am committed to doing all I can. I am praying for the LVMPD officer who was senselessly shot last night – there is no place for this behavior in Nevada. I am praying for all of the communities across Nevada who are experiencing grief and pain right now. Violence has no place in our communities and we must all work toward peaceful solutions together. As your Governor, I am committed to listening, heeding calls to action, and healing,” he said.

In a second shooting incident, authorities identified a man killed in a shooting in downtown Vegas. Officials told Fox5 that Jorge Gomez had three weapons and was initially struck by nonlethal rounds before he raised his firearm.

Then, police opened fire. He was taken to a local hospital before his death.

Across the United States, the demonstrations on Tuesday turned more peaceful. Earlier curfews and efforts by protesters to contain the lawlessness were credited with preventing more widespread damage to businesses in New York and other cities overnight.