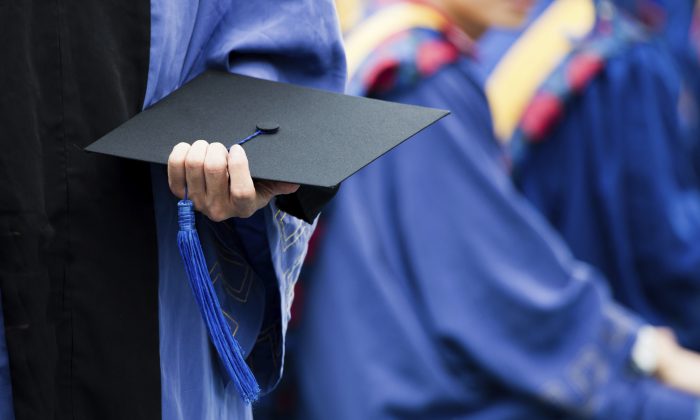 Americans owed nearly $1.2 trillion in student loan debt as of March 2015, more than three times the amount of debt from just a decade ago. But is student loan debt really a crisis? (Hxdbzxy/iStock)
Economic Policies

In a series of tweets, the former director of the National Economic Council (NEC) in the Obama administration stated that “all serious economists” agree that debt reduction is “regressive.”

“Key point. You need to look at payments, not debt burdens since many are already enabled to service at low rates,” he wrote, adding that policymakers need to reform subsidies “to institutions that rip students off.”

Recently, President Joe Biden extended the moratorium on student loan payments, which Summers believes is “highly problematic” when judged on its economic effects.

“Relief also promotes spending in the near term when the economy is clearly supply-constrained, thereby contributing to inflation pressures,” he argued.

The Brookings Institution, an economic research think tank, published a report in October 2020 that assessed who owed most of the student loan debt.

In addition, the 2019 Fed data reported that households with graduate degrees owed 56 percent of the outstanding education debt, while 3 percent of households with doctorate or professional degrees held one-fifth of the post-secondary debt.

Some public policymakers also assert that it would be a waste of federal resources since it would fail to help the tens of millions of Americans who didn’t attend university or college and don’t have national student debt.

Others disagree, including the Roosevelt Institute, a New York City-based, left-leaning think tank.

“Contrary to common misperceptions, careful analysis of household wealth data shows that student debt cancellation … would provide more benefits to those with fewer economic resources and could play a critical role in addressing the racial wealth gap and building the Black middle class,” the report stated.

Student loan debt has exploded this century, climbing to $1.752 trillion in the third quarter of this year.

Inflation and a Recession

Summers also chimed in on the most pressing issue facing many Americans today: inflation.

The administration has promised that inflation would subside over the next 12 months because of its actions, from tapping strategic oil reserves to investigating anti-consumer practices. The latest recommendation involves employing anti-monopoly laws.

But the Harvard economist thinks exploiting antitrust regulations to reduce 39-year high inflation is a reflection of “science denial” on the part of the White House.

“The emerging claim that antitrust can combat inflation reflects ‘science denial,’” Summers wrote. “There are many areas like transitory inflation where serious economists differ. Antitrust as an anti-inflation strategy is not one of them.”

He also recently warned about a looming recession threat stemming from inflation dangers.

“If I thought we could sustainably run the economy in a red-hot way, that would be a wonderful thing, but the consequence—and this is the excruciating lesson we learned in the 1970s—of an overheating economy is not merely elevated inflation, but constantly rising inflation,” Summers said in an interview on a Bloomberg Economics podcast. “That’s why my fear is, that we are already reaching a point where it will be challenging to reduce inflation without giving rise to recession.”

Many Americans are worried about the same economic downturn amid rampant price inflation.

According to a CNBC All-America Economic Survey in October, 47 percent believed there would be a recession in 2022, up 13 percent from before the pandemic.

But the Federal Reserve Bank of New York’s U.S. Recession Probability stands at less than 7 percent.