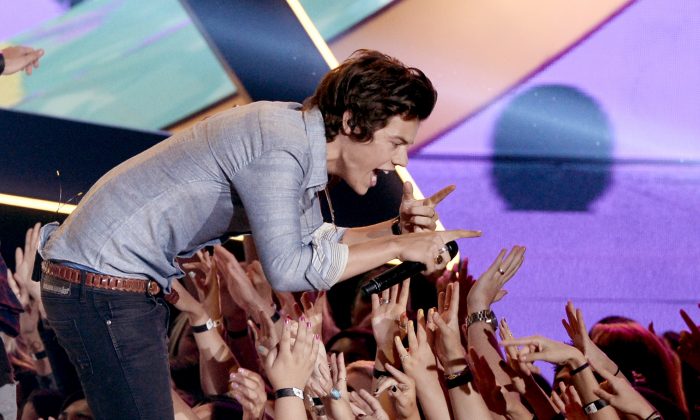 Singer Harry Styles of One Direction performs at the Teen Choice Awards 2013 at the Gibson Amphitheatre on August 11, 2013 in Universal City, California. (Kevin Winter/Getty Images)
Entertainment

Larry Shippers Dead? Rumors That One Direction Fans Kill Themselves Explode on Twitter

Rumors exploded on Twitter after the documentary aired about Larry Shippers–the name of a sub-group of One Direction fans–killing themselves because the documentary cast them in bad light.

There is no factual evidence to support the suicides happening.

In the documentary, titled “Crazy About One Direction,” teenage girl fans of the band are shown to be obsessive about getting close to the boy members of the group, including issuing death threats to the boy’s girlfriends and being willing to “chop off limbs and kill kittens just to be in the same room [as them],” according to the channel’s description of the documentary.

See more about what happened through the Tweets embedded below.