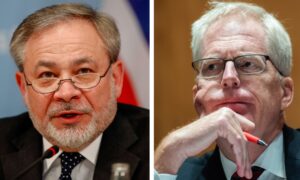 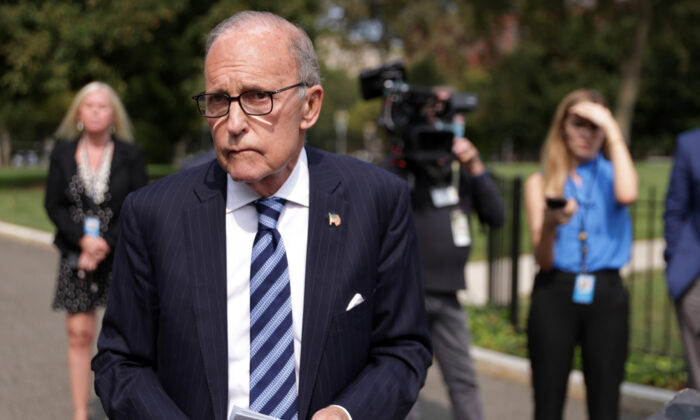 White House Economic Adviser Larry Kudlow speaks to members of the press outside the West Wing of the White House in Washington on Sept. 16, 2020. (Alex Wong/Getty Images)
Trump Administration

Larry Kudlow Not Planning on Resigning

Larry Kudlow, one of President Donald Trump’s top economic advisers, said Friday he will not resign.

Kudlow told CNBC via text that he will remain in his position as National Economic Council director until the end of Trump’s term. He added to The Hill that he will work for a few days a week and take some vacation time in the remaining 12 days left in the term.

Others have announced plans to remain, including Acting Secretary of Defense Christopher Miller and Energy Secretary Dan Brouillette.

“[I] will execute the time-honored peaceful transition of power to President-elect Biden on January 20,” Miller, who recently took over from Mark Esper, said in a statement.

White House press secretary told reporters on Thursday that the administration is working on “an orderly transition of power.”