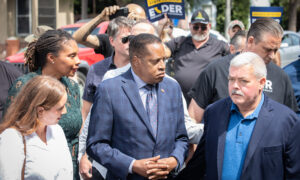 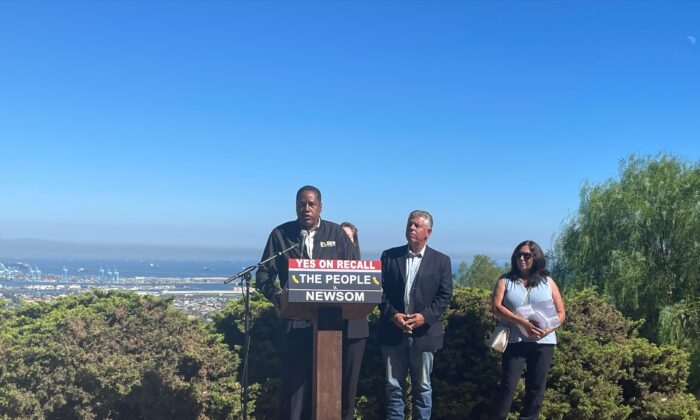 “I will be very happy with the results. I anticipate winning. So there won’t be any questions about the result because I am going to win,” Elder said.

Elder emphasized that there will be a surge of votes coming in on election day.

According to the latest recall election polls, the polling average from July 14 to Sept. 14 demonstrates that 57.3 percent of voters surveyed opposed recalling Gov. Gavin Newsom, and 41.5 percent were in favor of removing him from office.

If the recall succeeds, Elder will most likely replace Newsom and become the new governor, as he is leading with 29.7 percent of support among all other gubernatorial candidates.

Contreras claimed that Wilmington is “great lean in a neglected” and has been severely impacted by the COVID-19 protocols. She stated that Newsom has failed in his leadership and led to irreversible environmental damage, increasing homelessness, and poor public safety.

“Wilmington community members and those that live here continue to feel overburdened by port-related industry, industrial commerce in the name of economic development for the port in our city and beyond, directly leads to our port truck traffic noise air trash train water and land pollution,” Contreras said.

“Wilmington is a coastal community with contaminated waters, and no beach access, no views due to port grow unsightly container storage yards that operate in violations.”

Maldonado enthusiastically endorsed Elder and praised him as someone who knows “what’s right for the people of California,” while accusing Newsom as someone without common sense.

“[Newsom] really does live in a different world if you think about it; there’s two Californias, and one for him and one for everyone else,” Maldonado said.

At the conference, Elder specifically shared his plans to solve the drought, wildfire, public safety, and homelessness in California.

He mentioned that he would push an across-the-board tax cut so people or organizations could have more money in their pockets to help the homeless in their own community.

Elder also plans to build small houses at a fraction of the cost for the homeless people, adding that the California Environmental Quality Act is the primary driver for the state’s outrageous housing prices and he would remove it.

Elder also claimed that he would repeal the mask, vaccine, and weekly COVID-19 testing mandates in California if elected.

Club member Raechelle Rockoff told The Epoch Times that California used to be the “Golden State” that plays a leading role in terms of economy, technology, and education. She suggests that Californians should be making a wise choice on this recall election and urged people to vote for Elder, believing he can lead California back to a leading position.

“I think that we, as a populace of people who really value our freedom and value our children, we need another direction to go in,” said Rockoff.