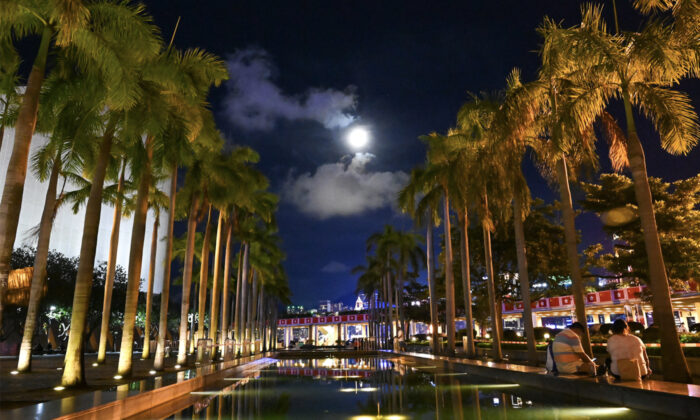 Largest Supermoon of 2022 Shows its Face in Hong Kong

On the evening of July 13, the largest supermoon of 2022 shone brightly across the sky of Hong Kong.

The weather was very sunny and bright in Hong Kong on Monday, July 13, so according to the observatory, it was a good opportunity to see the largest supermoon of the year. It was closest to earth that day at 5:06 p.m. but was not viewable in Hong Kong until 7 p.m. The supermoon was closest to the world in the early hours of July 15.

The Hong Kong Observatory reported that the Moon reached its closest point to planet earth at 2:38 a.m. local time on July 15, where the largest supermoon of the year appeared at a distance of only 357,417.8km (233,273.8 miles) from the earth. This meant the moon shone more brightly than it will on any other day in the year.

The Observatory elaborated, “as the moon revolves around the earth, the distance between the two planets changes. The moon passes the earth once on both extreme ends, perigee and apogee. If the moon appears on the perigee, then the moon will look 12 percent bigger. Therefore the moon will seemingly become brighter and larger.”