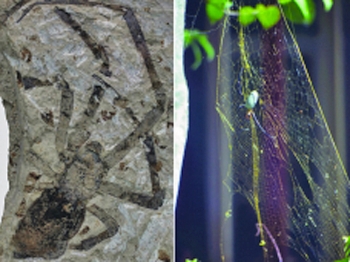 The fossil’s well-preserved state gave scientists enough details to identify it as an adult female Nephila jurassica. The common name of the arachnid is the golden orb weaver.

Paul Selden, director of the Paleontological Institute at the University of Kansas, told Live Science that environmental change must have occurred in Inner Mongolia at some point, for golden orb weavers are now found in tropical environments.

He also said that the insect world was very different for these spiders. "There were many large or medium-sized flying insects around at that time on which it would have fed indiscriminately," said Selden to Live Science.

Details of the findings were published on April 20 in Biology Letters .