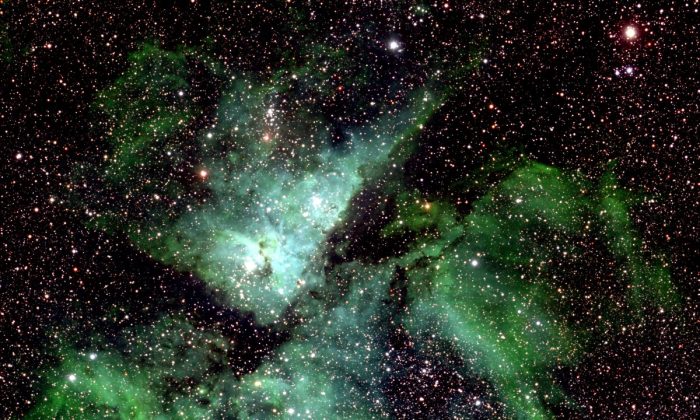 Researchers have compiled the largest astronomical image ever.

The photo is of the Milky Way galaxy, and it’s 46 billion—yes, that’s right, billion—pixels. The astronomers were able to detect 50,000 new objects with variable brightness in the image, according to the Faculty of Physics and Astronomy at the Ruhr-Universität Bochum in Germany.

“The area that the astronomers observe is so large that they have to subdivide it into 268 sections. They photograph each section in intervals of several days,” reads a statement from the university.

Astronomers at the university have been monitoring the galaxy in search of objects with variable brightness.

“Those objects may, for example, include stars in front of which a planet is passing, or multiple systems where stars orbit each other and which obscure each other every now and then,” it says.

They created a handy online tool to allow users to browse and scan the whole image.

“The central bulge of the Milky Way is thought to consist of vast numbers of old stars. But the VISTA data has revealed something new—and very young by astronomical standards!” says Istvan Dékány, who is the author of the new study.