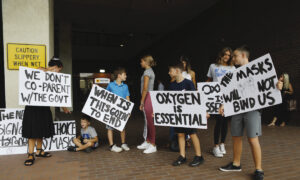 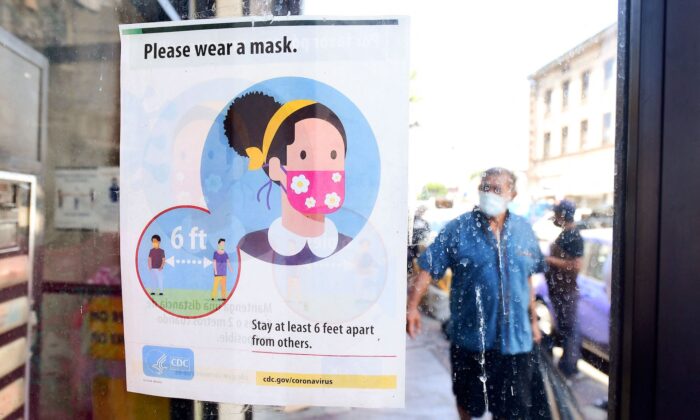 On Tuesday, the South Carolina Supreme Court decided in the case of Creswick v. University of South Carolina that public universities in the state were permitted to mandate masks (pdf).

On July 30, University of South Carolina (USC) Interim President Harris Pastides told students and staff that masks would be required inside all University buildings except dorm rooms, private offices, and while eating in campus dining facilities.

This move was challenged by a letter from South Carolina Attorney General Alan Wilson, who argued that the move was contrary to the intent of a provision of state legislation. The legislation in question forbids public universities in the state from using public funds to require unvaccinated students from wearing a mask; this prohibition also forbids schools from using these funds to announce or enforce such a policy. In light of this letter, USC changed tack and decided that the mask mandate would be limited to health care facilities and university public transit.

Richard Creswick, professor of physics and astronomy at USC, opposed the move and brought a lawsuit against the school. The South Carolina Supreme Court granted his request to expedite the case so that the situation could be handled before classes started.

Wilson argued that the mandate by USC was “not consistent with the intent of the legislature” and was not a “justiciable controversy” for the Supreme Court to get involved in. The Opinion of the Court reads: “We reject this assertion. There is no question that the University withdrew its mask mandate based on the letter from the Attorney General, and the University has now clearly indicated it will defer to our interpretation of the proviso in question. Under these circumstances, this controversy is clearly justiciable.”

The Supreme Court gave the opinion that the mask mandate imposed by USC did not violate the provision in question, specifically because the provision forbade the use of public funds in order to discriminate against unvaccinated students. The provision “clearly does not not prohibit a universal mask mandate,” the justices ruled.

One legislator was not impressed by this argument. State Sen. Tom Corbin, a Republican, said that his interpretation of the proviso was that it was intended to “protect citizens from forced vaccination or forced mask-wearing.” He also said that he thought the “will and intent” of his colleagues was “to prevent the institutions from mandating masks or vaccines.” As to whether the State House would consider further legislation later in the year to address this Supreme Court decision, Corbin said, “I’d be shocked if the Assembly doesn’t try to pass legislation to clarify this.”

SC universities quickly moved to put mask mandates back into effect in light of the Supreme Court’s decision.

USC did so immediately, reinstating its original policy on masks. The mandate will not apply to football games. Pastides said about the move, “Ultimately, it is the responsibility of all members of our Gamecock [USC mascot] community to help protect ourselves and others by adopting sound public health practices as we continue our efforts to safeguard our campus against this still-evolving health concern.”

The College of Charleston, another public school in the state, also moved to immediately require masks. In a special meeting, its board of trustees unanimously agreed on a measure to forbid students from entering campus buildings without a mask.

Clemson University followed suit. Previously, students had not been required to wear a mask when they returned to classes on Wednesday. A notice emailed to students reads: “Following the South Carolina Supreme Court decision announced earlier today … Clemson will require masks in all of its statewide buildings including classrooms, instructional facilities, offices, labs, and residential and dining halls except while eating or in private spaces.” This requirement, the email said, “is effective immediately for a period of three weeks.”

Clemson had already been experiencing internal pressure to reinstate the mask mandate. Several teachers planned a walk-out on the first day of school to protest a lack of mask mandates. The movement was announced by Professor Kimberly Paul on Facebook: “The lack of a mask mandate is endangering all of our lives. University Leadership is not listening to us. It’s time to take action … We need a mask mandate ASAP!”

But the administration’s reversal aroused protest by students. This is partly as a result of Clemson’s positioning on masks throughout the summer. One student said that “Clemson touted a mask-optional policy throughout the summer, just to reverse it the day before classes start.” After weeks of being assured of this mask-optional policy, several Clemson students felt betrayed and demanded that the decision be reversed.

“Clemson University recently mandated masks for a three week period right after making tuition due,” a change.org petition started by a student reads. “Originally, masks were not mandated at all. They sent us an email the night before classes to tell us that masks were required. I want enough people to sign this to show the university that masks do not work for college students and that we cannot keep doing this. It is our right not to want to wear a mask as American citizens.” The petition currently has over 2,500 signatures.

Another image sent by a student to The Epoch Times reads “Clemson Student Body Unmasked” and called for a counter protest by students. The student did not reply to comment on their intentions with the event.

While many students have been frustrated by the reversal, others have expressed support for the move.

One anonymous student said in a statement that he did not think this move should be controversial at all.

“There should be no question of the legality of Clemson’s mask mandate following the decision from the Supreme Court,” he said, noting that he could see why students are upset over the situation.

“The mandate was well-intentioned, even if it came at an inopportune time,” he added. “Masks have been shown to slow the spread both in laboratory and anecdotal settings … I see the mask mandate as a good compromise—especially as an alternative to vaccine mandates. As long as Clemson continues to offer fully in-person classes this semester, I will gladly wear a mask.” He concluded that other students ought to do the same.

With this move, South Carolina joins a number of other states requiring its students to wear masks. However, it is possible that the South Carolina State House will agree with the Attorney General’s argument and pass new legislation to undo the court’s decision—an eventuality that state Sen. Corbin considers likely. For the time being, though, almost all public university students across South Carolina are required to wear masks for at least the next few weeks.