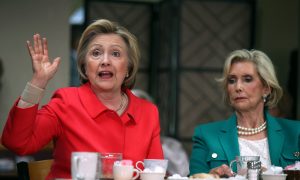 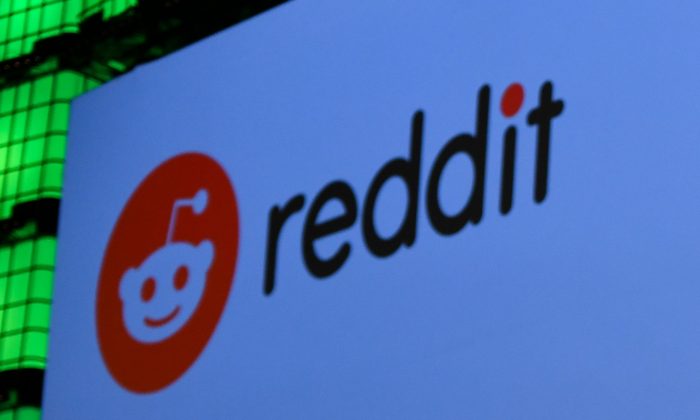 After social media platform Reddit put restrictions on its subpage r/The_Donald—the largest fan club of President Donald Trump—the page grew by about 10,000 subscribers in 24 hours, compared with a growth of about 11,000 a month during the preceding year.

Reddit put the page in “quarantine” in the afternoon of June 26, which means the page doesn’t show up in search, recommendations, or general Reddit feeds, such as the r/Popular. Ads are also no longer placed on the page–which had been the case already—and users are shown a warning before they can access it.

“The reason for the quarantine is that over the last few months we have observed repeated rule-breaking behavior in your community and an over-reliance on Reddit admins to manage users and remove posts that violate our content policy, including content that encourages or incites violence,” a message the The_Donald’s voluntary content moderators received from the company reads.

Rule violations are relatively common on Reddit, or on social media in general. But the moderator calculated that since April 1, Reddit administrators only had to take action on 57 pieces of content on The_Donald, while the voluntary moderators took action on nearly 160,000. That appears to contradict Reddit’s argument of The_Donald’s “over-reliance” on the administrators.

“Fairly few” of the actions by the moderators deal with “calls to violence,” shadowman3001 said in a Twitter message.

“Let’s say there were a dozen legitimate calls to violence, just for argument,” the moderator said. “There are 2.3 million prisoners in America. That’s about 0.6% of the population. Out of the reported 750k members of The_Donald, a dozen people makes up 0.0016% of The_Donald’s population. What a cesspool, huh.”

Reddit’s message referred specifically to “encouragement of violence towards police officers and public officials in Oregon.”

That remark most likely refers to the way some Reddit users reacted to the reports earlier in June that Oregon Gov. Kate Brown deployed the state police to round up Republican state senators. The senators staged a walkout to block the Democrat-controlled legislature from voting on the so-called “cap-and-trade” bill.

The bill would de facto tax about 100 large companies in the state to fund initiatives to reduce carbon emissions. Republicans want the bill to be sent to voters for approval before it goes into effect, confident that Oregonians would reject it. Democrats, on the other hand, have put a clause in the bill that would prevent a referendum on it, meaning the bill would remain in effect unless voters collect more than 110,000 signatures, put it on the ballot, and vote it down.

Under state law, the absentee senators could be fined $500 a day per person and state police can force them into a patrol car to return them to the Capitol.

Some of the senators have reportedly left the state to avoid the police’s jurisdiction.

One senator, Brian Boquist, even suggested he wouldn’t cooperate with the police.

“Send bachelors and come heavily armed,” he said. “I’m not going to be a political prisoner in the state of Oregon. It’s just that simple.”

Representatives of some Pacific Northwest militias have said they planned to go to the Oregon-Idaho border to protect the senators, The Daily Beast reported.

After the news was posted on The_Donald, some redditors posted comments that appeared to say that the governor’s action was a signal that the political left went too far and should be opposed by violence or a threat of violence.

“Hopefully all State Police in Oregon refuse, hes [sic] serious. No problems shooting a cop trying to strip rights from Citizens. If he calls for help I’d come,” one user commented.

“None of this gets fixed without people picking up rifles,” another said.

Left-wing nonprofit Media Matters collected about a dozen of such comments and published an article on June 24 saying The_Donald “is full of calls for violence in support of Oregon Republicans.”

The article was picked up by several other media and two days later The_Donald was quarantined.

“We have many members that are law enforcement that come to our wonderful place and interact because they feel welcome here,” the moderator said in a June 26 post. “Many are fans of President Trump and we are fans of them. They put their lives on the line daily for the safety of our communities. To have this as a reason for our quarantine is abhorrent on our users part [sic] and we will not stand for it. Nor will we stand for any other calls for violence.”

The moderator called on redditors to help report violations, since the “limited amount of moderators … can not go into threads and read every single comment.”

“The rest of Reddit and many on the left would like to see us gone,” the moderator said. “They won’t hit that report button. They will see it and send it to the media or admins. Don’t give them that satisfaction, report it to us and we will take care of it.”

Reddit allows for a process to remove a quarantine, but “it’s yet to have been achieved by any community,” shadowman3001 said, adding, “We’ll see.”