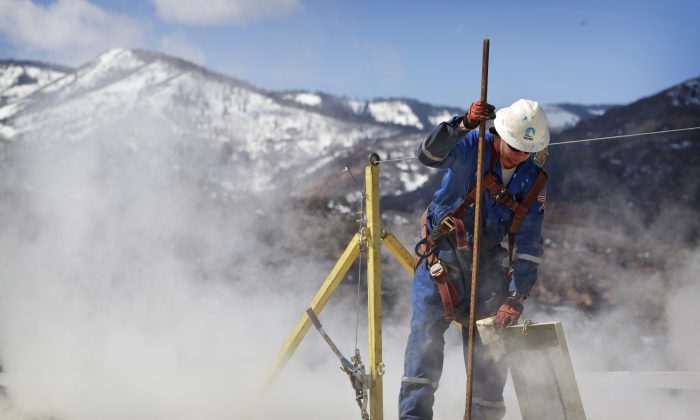 In this March 29, 2013 photo, a worker checks a dipstick to check water levels and temperatures in a series of tanks at an Encana Oil & Gas (USA) Inc. hydraulic fracturing operation at a gas drilling site outside Rifle, Colorado. In the 2000s, large investors in so-called clean technology wanted to finance companies that would help eliminate the world's dependence on oil, natural gas and coal. But in 2013, clean technology investment funds are not trying to replace the fossil fuel industry, they're trying to help it by financing companies that can make mining and drilling less dirty. (AP Photo/Brennan Linsley)
International

Largest Oil Producer in the World? Soon, the United States

The largest oil producer in the world will likely be the United States before the end of this year.

The U.S. Energy Information Agency reports that helped by the boom in hydraulic fracturing–also known as fracking–the United States is projected to pull away from Russia and surpass Saudi Arabia as the world’s largest single producer of oil and natural gas.

The agency said that U.S. oil production has increased dramatically over the past five years–mostly in Texas and North Dakota, where fracking has taken off.