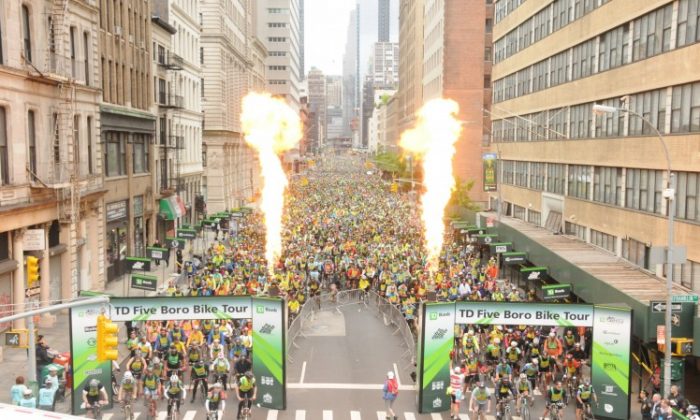 The kick-off of the 2012 TD 5 Boro Bike Tour in New York City, the largest bike tour in North America. (Source Communications)
US

The co-organizer Bike New York, a cycling lobby group, said it hopes the event will encourage cycling as the “most eco-friendly form of recreation and transportation day in and day out,” according to its website.

Drew Berman, who participated in the tour, said he hopes events like this will bring more awareness for cycling in the city. “Just in the last couple of years [the city] … made a lot of biker friendly roads and the fact that this event is … car free is amazing,” he said.