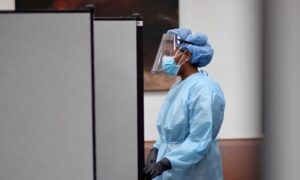 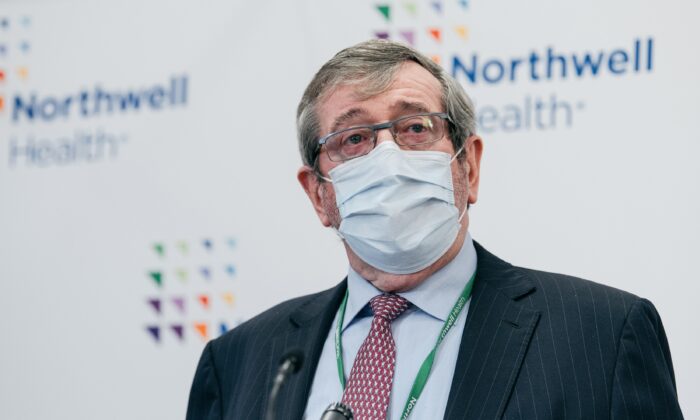 A large New York health care system on Monday said it fired 1,400 workers because they declined to get a COVID-19 vaccine.

The workforce across the 23-hospital system is now 100 percent vaccinated, the system told news outlets in a statement.

“Northwell believes that having a fully vaccinated workforce is an important measure in our duty to protect the health and safety of our staff, our patients, and the communities we serve,” the health care system said. “This allows us to continue to provide exceptional care at all of our facilities, without interruption and remain open and fully operational.”

“Northwell regrets losing any employee under such circumstances, but as health care professionals and members of the largest health care provider in the state, we understand our unique responsibility to protect the health of our patients and each other. We owe it to our staff, our patients, and the communities we serve to be 100 percent vaccinated against COVID-19,” it added.

A spokesperson did not immediately respond to a request for comment on whether any religious or medical exemptions were granted.

Health care workers in New York were ordered by Gov. Kathy Hochul, a Democrat, to get a COVID-19 vaccine. A legal challenge was partially dismissed late last month except for those seeking a religious exemption. Additionally, President Joe Biden’s administration plans on releasing a new nationwide requirement for employers who have 100 or more workers to mandate a vaccine or weekly COVID-19 testing.

Thousands of unvaccinated health care workers were placed on unpaid leave last week due to Hochul’s mandate. The situation led to some disruptions. Strong Memorial Hospital, for instance, said it was pausing some elective procedures for two weeks.

Northwell workers fired because of their refusal to get vaccinated were being denied benefits like employer contributions to retirement plans, The Epoch Times previously reported.

John Trinchino, a registered nurse, told The New York Times he was fired from his job at Staten Island University Hospital, which is part of Northwell, last week.

Trinchino said he didn’t agree with the vaccine mandate because he had recovered from COVID-19. Studies show people who recover from the disease, which is caused by the CCP (Chinese Communist Party) virus, enjoy similar protection against later infection than those who are vaccinated.

“All this is going to lead to is worse care for the patients, and I’m just disgusted by it,” he said.

Northwell workers protested against the mandate on the day it went into effect, arguing it violated people’s freedoms. [delete]

Karen Roses, a patient care technician at a Northwell hospital in Riverhead, New York, told The Epoch Times that she knew her refusal to get a vaccine could mean she loses her job, but said she’s “not going to be bullied or pressured [by] anybody for any reason.”

“It’s not an anti-vaccine statement. It’s a freedom of choice statement,” she said.

Petr Svab and Dave Paone contributed to this report.