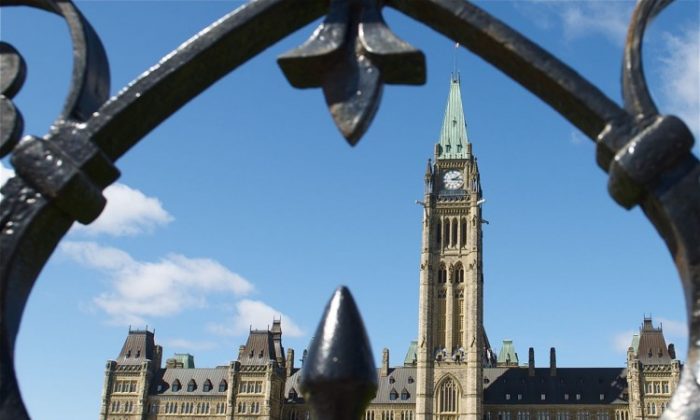 Close to 90 percent of Canadians say it is unacceptable for parliamentarians to go on sponsored trips, according to a new survey. (Matthew Little/The Epoch Times)
China

Nine out of 10 Canadians are against members of Parliament and senators going on sponsored travel, a new survey shows.

The Jan. 8 survey, conducted by Nanos Research for The Globe and Mail, shows that 73 percent of Canadians find the practice unacceptable, and 16 percent find it somewhat unacceptable.

Records from the Office of the Conflict of Interest and Ethics Commissioner show that since 2007, MPs have taken close to 1,000 sponsored trips, with more than 95 percent to foreign countries.

Sponsors of the trips ranged from foreign governments to associations and private companies. China was also among the destinations visited, with the trips sponsored by agencies of the central government, local governments, or pro-Beijing overseas associations.

China has been cited by intelligence officials as one of the foreign countries most aggressive in trying to exert influence in Canada.

In an interview in 2010, then-head of the Canadian Intelligence Security Agency Richard Fadden said that some Canadian officials are already under the influence of foreign regimes, and hinted that China is one of the most active.

“You invite somebody back to the homeland. You pay [for] their trips and all of a sudden you discover that when an event is occurring that is of particular interest to country ‘X,’ you call up and you ask the person to take a particular view,” Fadden said.

Former MP John McCallum, now Canada’s ambassador to China, was one of the heaviest users of sponsored travel to China when he was a parliamentarian.

Online reports in Chinese on the website of the Overseas Chinese Affairs Office (OCAO) of the State Council of the People’s Republic of China show Tan meeting with the head of the organization, which operates under China’s United Front apparatus.

Oh, McCallum, and Michael Chan, an Ontario cabinet minister, were also among a group welcoming the head of the OCAO in Toronto, according to reports on the website of the Chinese Consulate in Toronto. Tan was also present as an executive of a local association.

The Chinese Communist Party (CCP) uses the United Front to run operations through Beijing’s overseas embassies and consulates, specifically working to create a “united front” for the CCP by subverting and influencing foreign governments and societies.

In 2010, after returning from a trip to China, then-Ottawa Mayor Larry O’Brien withdrew his support for a proclamation recognizing local practitioners of Falun Dafa, also known as Falun Gong, a spiritual group whose believers are persecuted by the Chinese regime. He reportedly explained his change of heart to an Ottawa councilor as the result of a “commitment” he had made while in China.

According to Chen Yonglin, a former Chinese diplomat who defected to Australia in 2005, Falun Dafa is among the “five target groups” that the CCP sees as a big threat. The five include Tibetan exiles, Taiwanese, Uyghur Muslims, democracy activists, and Falun Dafa adherents.

While in office, former Vancouver Mayor Sam Sullivan, who has been invited to China several times, pursued court action to shut down a Falun Dafa protest site outside the Chinese Consulate in Vancouver. “When I go to China, they treat me like an emperor,” Sullivan told the Vancouver Sun in 2006.

Former London Mayor Ken Livingstone was flown to Beijing during the 2008 Olympics as part of a junket by the Chinese regime that cost more than $30,000. He told the London Evening Standard that China is “going in the right direction” on human rights. This was while China consistently made it to the top list of human rights violators in the world each year. “The Chinese government broke its promise to improve human rights in conjunction with its hosting of the 2008 Summer Olympic Games,” Human Rights Watch reported in its 2009 annual report.

According to Chen Yonglin, China also often uses “honeytraps” to entrap Western politicians, including one Australian official who Chen said was forced to advocate for the regime’s interests after being snared in a honeytrap.

Then-Deputy Mayor of London Ian Clement was seduced and robbed of important information regarding London’s operations when he traveled to the Beijing Olympics in 2008. This happened on the heels of an incident involving an aide to the British prime minister, who suffered from a similar predicament a week before.