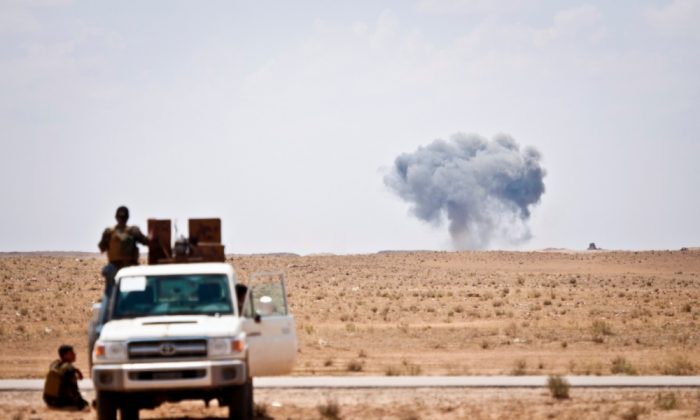 A large cache of drugs belonging to the terrorist group ISIS was destroyed by the U.S.-led international coalition on June 12 in southern Syria.

The Pentagon said in a June 18 report that the drugs had an estimated $1.4 million value on the black market, and included more than 300,000 pills of captagon, an addictive amphetamine that is heavily used by ISIS members.

“Despite ISIS’ façade of Islamic purity, its criminal terrorists are known drug users and traffickers,” the Pentagon report says.

The report notes the cache was discovered in a de-conflict zone by the Syrian rebel group Maghawir al-Thowra, partners of the Combined Joint Task Force Operation Inherent Resolve, whose mission is to defeat ISIS in Iraq and Syria.

The capture and destruction of the cache cuts off the supply of drugs used by ISIS fighters, and prevents them from selling drugs in order to acquire other items, including weapons.

“This is another great example of their dedication and professionalism in the fight against ISIS and in the protection of the people of southern Syria.”

According to Military Times, the drug captagon is often referred to as the “Jihadi pill” due to its heavy use among ISIS terrorists. It notes a case where 122 Chinese-made machine guns were found in an ISIS cache south of Mosul in Irq, and that each weapon had one to three pouches of an amphetamine drug attached to it.

It cites a report from the Global Initiative Against Transnational Organized Crime, which states, “Captagon has emerged as a conflict drug helping to sustain the war,” by providing terrorist groups with a source of illicit funding.