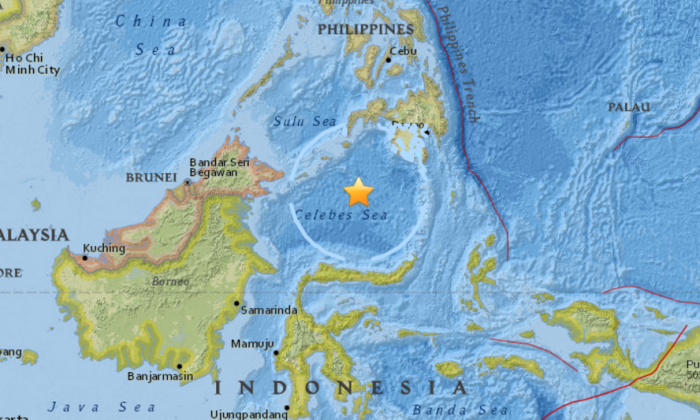 A significant, 7.3-magnitude earthquake struck under the Celebes Sea off the southern Philippines on Tuesday, according to the U.S. Geological Survey.

The quake was measured at a depth of about 380 miles, which means it was too deep for it to cause any damage, the USGS added.

It comes about a week after a smaller, 4.7-magnitude earthquake struck near the same area.

Journalist Barnaby Lo wrote on Twitter that he felt “no significant tremor” on the island of Jolo, located north of the epicenter of the quake.

The undersea quake was centered 138 miles southeast of Sulu province and aftershocks were possible, he said, adding such quakes at that depth are rare although shallower ones have struck the region a number of times in the past, AP reported.

The quake was also felt in Malaysia, with locals saying it caused panic.

“The windows in my office were rattling for 10 seconds!” said an office worker in Sabah, according to the Malaysian Insider. “My building was swaying and I got dizzy,” added another.

The Philippine archipelago lies in the Pacific “Ring of Fire,” where earthquakes and volcanic activities are common. A magnitude 7.7 quake killed nearly 2,000 people on the northern island of Luzon in 1990.