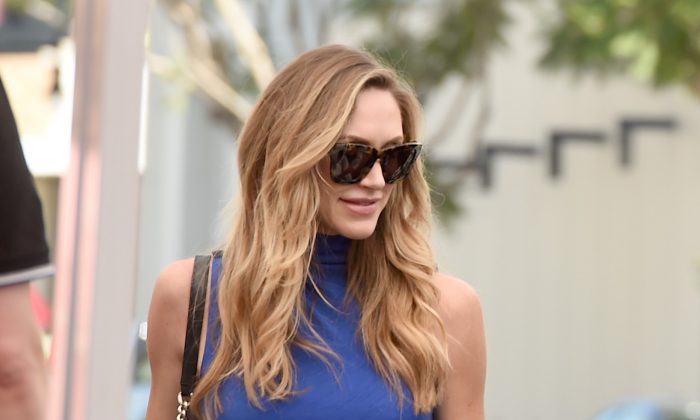 Lara Trump, wife of Eric Trump and former CBS TV producer, said her father-in-law, President Donald Trump, has the best interests of the nation in his heart.

Also adding that no other person outworks him.

“He will always do what he knows is right in his heart, and I know he has the best interests of this country, of this state, in his heart and he works very hard everyday to make sure it happens. This is the man, by the way, who I’ve never seen one single person outwork, ” she said.

Back in August 2016, on the campaign trail, she recalled going to her hometown in North Carolina with Trump for a rally. What he said next surprised her.

“Before I knew it, many of you who have met my father-in-law know that he is the only person who can look at you and do this. He looked at me and he goes ‘You know what, I want you to win North Carolina for us,” she said.

With no political knowledge or background, Lara took the opportunity.

“I remind you I have no background in politics. I have no idea about running anything to do with presidential campaign. In fact, at the time, I worked for who I now called the enemy, the media,” she said.

Lara said she would never forget the moment it happened.

“My father-in-law, who was sitting right in front of me, turned around. He looked at me, and he said，’that is because of you. We won because of you.’ I will never forget that moment in my life, forever. For him to put me in a position to try and win North Carolina for him, that is the greatest thing I could have ever imagined. I, never in a million years, would have guessed I would have that opportunity,” said Lara.

Now Lara is one of the top female advisers for Trump’s campaign.

we are tired of what’s has been happening in Washington, D.C., and we are taking our country back.” she said.

Since Trump began working in the White House, the media has constantly attacked him. But the 45th president of the United States will continue working hard to accomplish his mission.