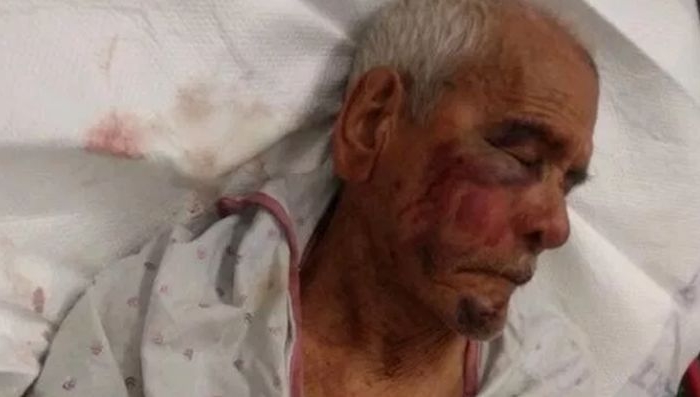 A woman, Laquisha Jones was arrest for the assault o Rodolfo Rodriguez on July 10, 2018. (GoFundMe)
US News

A 30-year-old woman was arrested in the brutal beating of a 92-year-old Mexican national in Los Angeles, according to the Los Angeles County Sheriff’s Department.

The department said in a statement that officers arrested Laquisha Jones, who is believed to be a suspect in the Fourth of July attack.

“Detectives began an extensive investigation into the assault. They obtained an arrest and search warrant for a suspect. Due to working every angle and lead in the case, it ultimately resulted in the arrest of Laquisha Jones without incident,” the department said.

Arrest made in July 4 attack on 92-year-old man https://t.co/OoHZf4EJ3P pic.twitter.com/Owm78zyNyn

Jones was booked for assault with a deadly weapon and is being held on a $200,000 bond. The weapon wasn’t located.

Eyewitnesses said that Jones passed the victim, Rodolfo Rodriguez, as he was walking down the street. They claimed that she started beating him with a piece of concrete, ABC7 reported.

Investigators initially thought Rodriguez may have bumped into a young girl who was with Jones before the assault happened, KTLA reported. Rodriguez, however, denied that it happened.

A witness told CNN that the suspect told Rodriguez, “Go back to your country. Go back to Mexico.”

“The woman pushed him and dropped him. She took the block of concrete and hit him in his head many times,” a witness told the ABC affiliate. The person added that several men jumped in and began attacking him.

“I can’t walk anymore,” Rodriguez told CNN in an interview. “I’m in so much pain.” He’s a permanent resident of the United States who lives in Michoacan, Mexico. He visits California twice a year, according to reports.

Erik Mendoza, the grandson of the victim, wrote in a GoFundMe page that an “African-American lady and five other guys” assaulted his grandfather. “He is doing really bad, has a lot of bruises on his face and a broken cheekbone,” he said.

“I just passed her and she pushed me and she hit me until she was done.” Rodriguez said.

Investigators believe that four men were involved in the incident. Those with information are asked to contact the Sheriff’s Department at 323-890-5500.