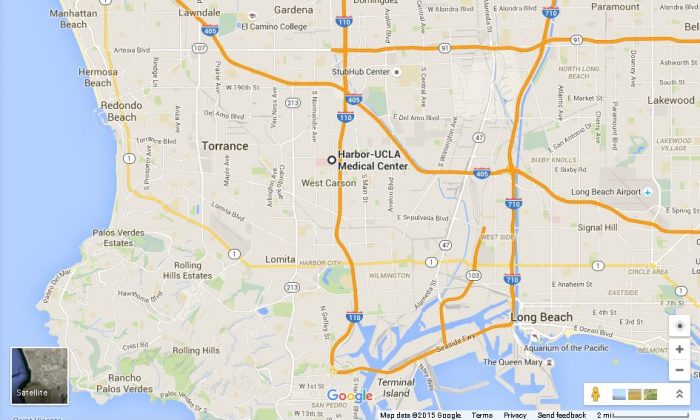 A Los Angeles police officer killed a man after the victim tried to attack him, police said.

The cop shot the man in the emergency room at Harbor-UCLA Medical Center after the victim allegedly tried to grab an officer’s gun and also picked up a metal stool.

The situation went down as officers tried to take the man to jail, according to the department. The victim was taken to the hospital after an altercation with officers earlier in the day.

It started when the department received a call around 8 a.m. about a man throwing bottles at an apartment complex in the 1600 block of West 207th Street, reported the Los Angeles Times.

Officers responded and tried to calm the suspect but he then allegedly took a “fighting stance” and attacked the officers, and at one point reached for one of the cop’s weapon.

The officers used a Taser and applied pressure to the sides of his neck to subdue him. The officers were also taken to a hospital for treatment after the fight.

The LAPD said the man was then calm and cooperative, until he picked up the metal stool when his handcuffs were briefly taken off in the emergency room.

The suspect then reached for the officer’s gun, prompting the officer to fatally shoot the man, the department told KTLA.

The Office of Inspector General, which performs civilian oversight of the LAPD, is investigating the shooting.