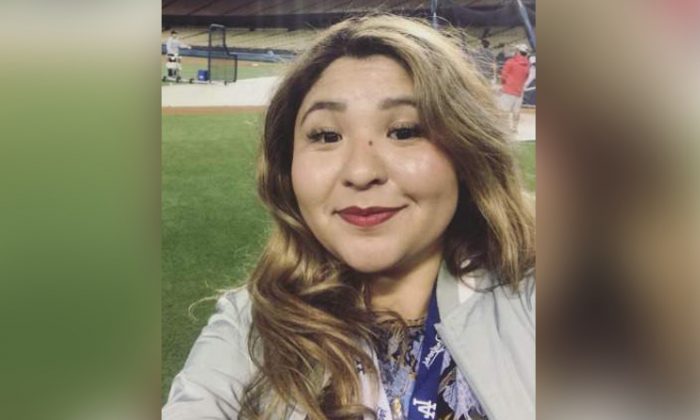 Melyda Corado was shot during the hostage situation at a Trader Joe's on July 21, 2018, in Los Angeles. (GoFundMe)
US News

A Trader Joe’s assistant store manager, who died in a hostage situation on Saturday, died during an exchange of gunfire between the Los Angeles Police Department and a suspect, according to a police chief.

LAPD Chief Michael Moore said Tuesday at a news conference that ballistics tests show that a Los Angeles police officer fired a shot that hit Melyda Corado, 27, during a shootout with the alleged hostage-taker at the Silver Lake supermarket, according to the Los Angeles Times.

Officials said that Gene Evin Atkins, 28, was arrested on suspicion of murder after Corado died during the hostage situation. Moore then revealed that the officer’s gunfire killed her.

“On behalf of myself and the rest of the Department, I want to express my deepest condolences and sympathy to her family and everyone that knew her,” Moore said at a news conference, the LA Times reported. “I know that it’s every officer’s worst nightmare to hurt an innocent bystander during a violent engagement. I spoke with the officers this morning—they’re devastated. They were devastated in the immediate aftermath of this event.”

Atkins is believed to have shot his 76-year-old grandmother several times and kidnapped a 17-year-old female acquaintance, police said. The girl was shot in the head but survived. After leading police on a chase, Atkins drove to the Trader Joe’s and crashed into a light pole before running inside the store. He’s accused of holding dozens of people hostage inside the location, Fox News reported.

Moore said that Atkins fired shots at the officers through the rear window of his car. Officers did not fire back, NBC reported.

Atkins, a few hours later, agreed to put handcuffs on and walked out the front door, said police.

“I’m sorry to report that we’ve now determined through our forensic investigation that one of the officers’ rounds struck Miss Corado as she was exiting the market and was in close proximity to Atkins,” Moore told the LA Times. “Miss Corado ran back inside the store and collapsed behind the manager’s desk.”

He said that an investigation is ongoing, but he added that move to shoot at Atkins was justified.

“They were just so devastated,” KCAL9 employee Lynne Westafer about Corado’s death. “Everyone loved her. They’re destroyed. She was in her late 20s. It’s heartbreaking. I can’t even tell you how upset they are.”