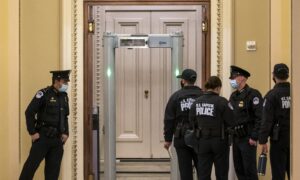 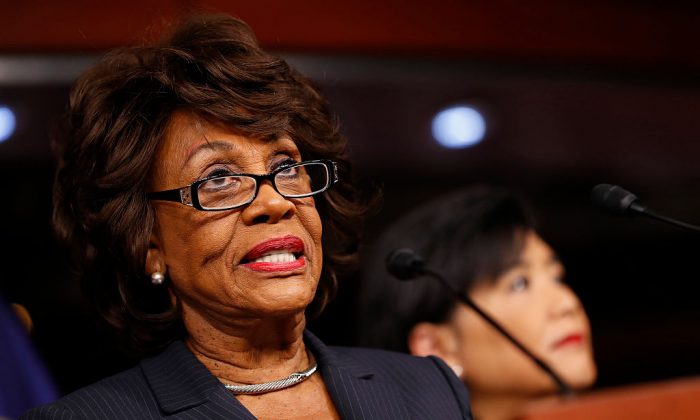 Authorities are investigating a suspicious package in South Central LA that was addressed to U.S. Rep. Maxine Waters.

Postal workers found the package at the Los Angeles Central Mail facility on Central Avenue near 66th Street. The mail facility was evacuated and a bomb squad called on to the scene, according to KABC.

Employees leaving the facility tell me all they know is the bomb squad is on scene after a package with Maxine Waters name on it was discovered and flagged. No sense of panic, employees standing out in parking lot as authorities investigate. @FOXLA pic.twitter.com/jezL6CuIrH

The Los Angeles Police Department (LAPD) and the Federal Bureau of Alcohol, Tobacco, Firearms and Explosives (ATF) were also on the scene. Authorities said they planned to use a robot to examine the package, according to the LA Times.

(1/2) The Los Angeles Police Department is investigating a suspicious package discovered at the Los Angeles Central Mail facility near Downtown Los Angeles. While we determine its contents and origins the facility is being evacuated.

(2/2) We are working closely with our federal law enforcement partners given the number of suspicious devices discovered across the nation. As more information is available we will provide updates.

This is the second package addressed to Waters (D-CA). The first was addressed to her Washington D.C. office and intercepted at a congressional mail facility in Maryland, the U.S. Capitol Police confirmed earlier on Oct. 24.

“I have been informed by U.S. Capitol Police that my Washington, DC office was the target of a suspicious package that has been referred to the FBI,” Waters said in a statement on Oct. 24. The FBI has since confirmed that the two packages addressed to Maxine Waters have a similar appearance to the five other packages that have been intercepted on the East Coast between Oct. 22 and Oct. 24.

In addition to the five packages referenced in our earlier statement, we have now confirmed two additional packages, both addressed to Rep. Maxine Waters, that are similar in appearance.

These suspicious packages were addressed to other high-profile political targets including Hillary Clinton, Barack Obama, and John Brennan.

‘Come Together in Peace and Harmony’

President Trump addressed the suspicious packages, many of which were found throughout the day, during his speech at the campaign rally in Mosinee, Wisconsin, on Oct. 24.

Trump said, “Any acts or threat of political violence are an attack on our democracy itself.

“No nation can succeed that tolerates violence or the threat of violence as a method of political intimidation, coercion or control, we all know that.

“Such conduct must be fiercely opposed and firmly prosecuted. We want all sides to come together in peace and harmony. We can do it … it’ll happen.”

Trump said that in his view, the media held some responsibility for the current political climate of division and distrust between Americans.

“As part of a larger national effort to bridge our divides and bring people together, the media also has a responsibility to set a civil tone and to stop the endless hostility and constant negative and oftentimes false attacks and stories,” he said.

“The language of moral condemnation and destructive routine, these are arguments and disagreements that have to stop. No one should carelessly compare political opponents to historical villains, which is done often. We should not mob people in public spaces or destroy public property. There is one way to settle our disagreements, it’s called peacefully at the ballot box, that’s what we want.”

This story is developing and will be updated.

Melanie Sun of The Epoch Times and Reuters contributed to this report.