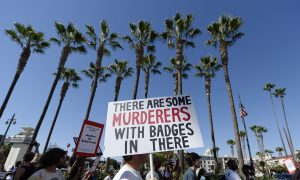 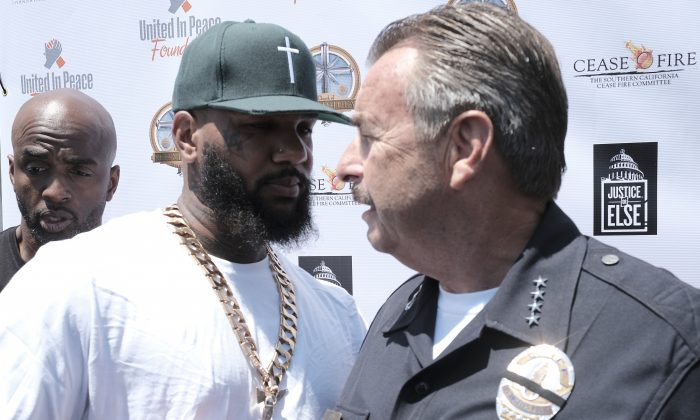 LAPD Chief, Rapper ‘The Game’ Team up for Anti-Violence PSA

LOS ANGELES—Los Angeles Police Chief Charlie Beck and rapper The Game appear together in a new public service announcement aimed at curbing violence across the city.

The clip posted online Wednesday appeared just days after Beck showed up at an anti-violence rally for gang members organized by The Game in South LA.

Today, @thegame, #LAPD & I, launched a campaign to #StopTheViolence. Join the movement to #BeTheChange. #LAUnites pic.twitter.com/UnFUL3paiK

The video opens with Beck listing grim shooting statistics from last year in Los Angeles. He points out that 80 percent of victims and shooters were young men of color.

The Compton-raised rapper says, “We have to stop killing one another.”

The LAPD says it’s the first in a series of anti-violence videos involving public figures.