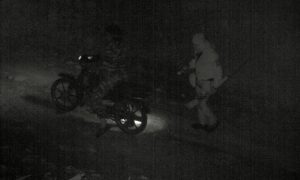 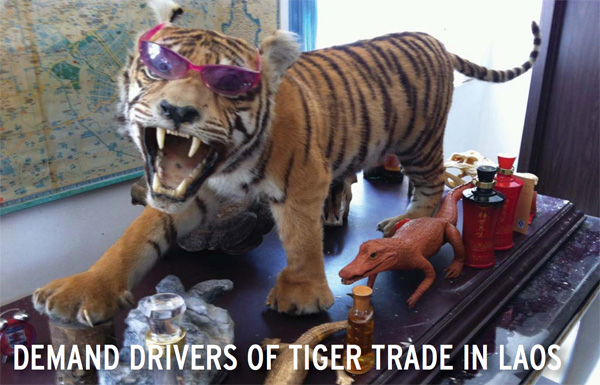 A city-sized resort complex in Laos is facilitating large-scale wildlife trafficking for Chinese tourists, exacerbating commercial poaching in the Southeast Asian nation and providing cover for the trade in tiger parts, warns a new report published by the Environmental Investigation Agency (EIA).

The Golden Triangle Special Economic Zone (GT SEZ) was established in 2007 as a joint venture between Kings Romans Group, a Chinese company, and the Lao government. It includes a casino, a hotel, shops, restaurants, and facilities catering to underground activities, including prostitution and exotic wildlife products, according to investigative work by EIA and Education for Nature Vietnam.

“Visitors can openly buy endangered species products including tigers, leopards, elephants, rhinos, pangolins, helmeted hornbills, snakes and bears – smuggled in from Asia and Africa,” said EIA in a statement. “Restaurants [offer] endangered species on their menus, from “sauté tiger meat” and bear paws to reptiles and pangolins; one business kept a live python and a bear cub in cages, both of which were available to eat on request.”

The report says the business plans to manufacture tiger bone wine, dramatically scaling up its number of captive tigers.

“EIA/ENV found four tigers at the GT SEZ in mid-2014 but by February 2015 the number had risen to 35; a senior keeper revealed the goal is to acquire a total of 50 females for breeding to increase the population to 500 tigers within three years and to 1,000 in the long term to produce tiger bone wine for consumption at the GT SEZ and for export to China, via Yunnan.”

Given these concerns, EIA urges both the Chinese and Lao governments to take action to reign in the illegal wildlife trade. For example, it calls on Laos to establish an illegal wildlife task force and China to investigate links between traffickers and businesses operating at GT SEZ. It says the Convention on International Trade in Endangered Species (CITES) could be an instrument for applying pressure on governments.

This article was written by news.mongabay.com and republished with permission, original article here.