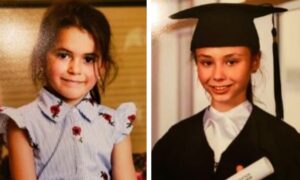 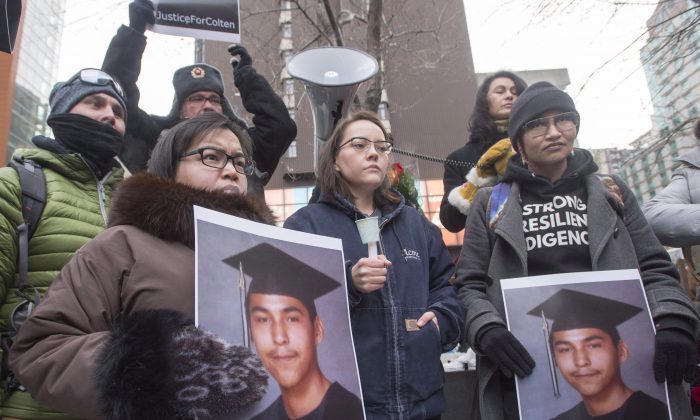 People take part in a vigil in support of Colten Boushie's family, following the acquittal of Saskatchewan farmer Gerald Stanley on charges in connection with Boushie's death, Tuesday, February 13, 2018 in Montreal. (The Canadian Press/Ryan Remiorz)
Canada

David Reid says he’s become more diligent about locking up on the land his family has farmed in Alberta for more than a century and is more watchful of strange vehicles along rural side roads.

“Neighbours have been broken into in the middle of the day and early in the morning when they’re still in their houses asleep and had items stolen right from the middle of their farmyards,” Reid said from Cremona, Alberta, northwest of Calgary.

“Certainly you hear more about these criminals being armed. And if they’re not armed, then on drugs and certainly unpredictable.”

In Okotoks, about an 80-minute drive to the southeast, RCMP last month arrested a man on aggravated assault and firearms charges after he caught two people rummaging through his vehicles. One of the suspects, who was later found with a wounded arm, faces numerous charges that include trespassing, mischief, and theft.

That case—along with the acquittal of Saskatchewan farmer Gerald Stanley in the shooting death of an Indigenous man—has renewed a simmering debate about what rights rural residents have to use force against a perceived intruder.

Reid doesn’t believe farmers defending their property should face tougher repercussions than those attempting to steal from them. But he said he’s not inclined to use firearms himself.

“I guess I’m not the vigilante type.”

Kevin Avram with the Grassroots Alberta Landowners Association said property owners shouldn’t be penalized for taking matters into their own hands.

“If the guy doesn’t want to get shot in the arm, just stay away from breaking into people’s property,” Avram said.

“Many landowners are getting the very distinct impression that the criminal element of the province is being sent a signal—and the signal is that landowners are free prey.”

Violent crimes, however, are down, he said.

“We understand completely that people feel vulnerable and frustrated,” said Bennett, who is in charge of a squad that focuses on criminals who appear to be behind a disproportionate number of calls.

He’s encouraging people not to take on intruders themselves, but to leave it to police.

“You never know how someone may react when confronted. We don’t want to see anyone getting hurt.”

‘It’s not worth going to jail over’

Bev Salomons with the Alberta Citizens on Patrol Association said rural residents are clamouring to take action against crime in their communities—but that shouldn’t involve resorting to force.

“It’s not worth going to jail over,” she said in an interview from her home in Sherwood Park, Alberta, where she has installed a security system and gate.

Citizens on Patrol volunteers work in pairs to look out for anything suspicious.

“Eyes and ears only. We do not confront anyone. We do not get out of our vehicles,” said Salomons.

Three years ago, there were 50 to 55 Alberta communities with patrol groups, she said. That grew to 70 in 2017 and another 16 are being added.

At a recent town-hall meeting in Biggar, Saskatchewan, residents of the rural community west of Saskatoon complained of repeated thefts and break-ins, lenient punishments for culprits, and long police response times. Many wanted to know what right they have to use force against an intruder.

Biggar is near Stanley’s farm where Colten Boushie, 22, was shot and killed. Boushie was in an SUV that had driven onto the property. Stanley testified he thought he was being robbed and the fatal shot went off accidentally.

“There’s a million and one what-if scenarios. The key word is reasonableness—that’s what you have to remember,” he told residents. “If it’s somebody stealing gas, what is reasonable? I don’t have that answer for you.”

Rob Danychuk, a farmer and local councillor, said he wasn’t surprised so many property rights questions came up after the Stanley case.

“Colten Boushie’s death was terrible and it’s not something that should have ever happened, but it’s a result that was going to happen,” he said.

“You can’t have people coming into somebody’s yard every day and there not eventually being an accident.”