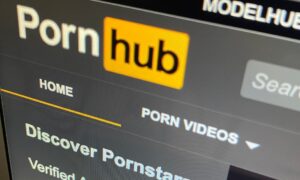 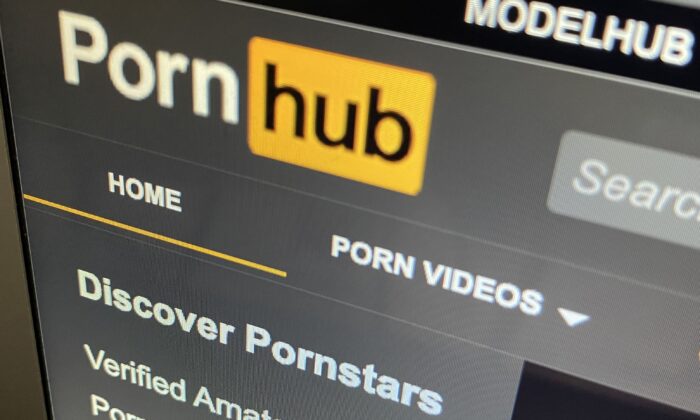 On June 17, Michael Bowe of Brown Rudnick LLP filed a complaint in a California court on behalf of 34 female plaintiffs against MindGeek, which owns the Montreal-based pornographic video-sharing platform.

The suit represents the first claims against MindGeek under the U.S. Racketeer Influenced and Corrupt Organizations Act, commonly referred to as the RICO Act, alleging that the company is a criminal enterprise engaged in financial crimes and human trafficking.

Bowe explained to The Epoch Times that a RICO suit “holds everybody in that entity equally responsible if they were an entity that conducted themselves consistently in a pattern of particular illegal conduct. And trafficking, child pornography, are in that … not on a one-off basis, not every once in a while—it is endemic to this company and frankly this industry.”

Enforcement of laws against illegal pornographic content was more straightforward in the pre-internet days, Bowe said.

“It’s absolutely clear that all those laws still apply to this industry. And yet, because it was the internet, and because it was very disruptive, and because frankly, I just think it was so explosive, law enforcement just shrugged and it became a red light district,” he said.

A successful suit would not only secure justice for his clients, it could lead other pornographers to change their practices, Bowe said.

“The idea would be to make this a responsible industry, one that only involves consensual conduct. So that is a longer-term goal.”

The plaintiffs are filing individually and not as a class action. The majority live in the United States, but others live in Canada, South America, and Asia. One spoke to The Epoch Times under the pseudonym of Jane Doe No. 26.

“I am a trafficking survivor. These videos have ruined my life,” she said.

“It is time for the companies and individuals that have profited off of non-consensual and illegal content to be held liable. We must demand … regulations and policies be put in place in this industry to prevent the continued exploitation of even more innocent victims.”

“I’m very pleased with the progress that’s been made, really over the past year, but especially in the last few months. And I feel like with this lawsuit, it’s taken accountability to a whole new level because this lawsuit is establishing what no other lawsuit has established before,” she said in an interview.

Mickelwait said she is concerned not only for the victims of rape or child abuse whose images end up online, but also about children who may see these images on the internet.

“When it comes to criminal content, you actually have 8-year-olds and 10-year-olds who are without restriction being able to access the real child sexual abuse of another vulnerable child, or the rape of a woman or a man, as their sex education from a very young age. That can be extremely traumatizing and damaging and cause lifelong harm to that child,” she said.

“That’s the content that society and especially children are consuming. That is incredibly damaging and harmful, and that really needs to stop.”

On International Women’s Day in 2016, Conservative MP Arnold Viersen introduced Motion M-47, stating that “the Standing Committee on Health be instructed to examine the public health effects of the ease of access and viewing of online violent and degrading sexually explicit material on children, women and men.”

It was endorsed by 21 organizations and adopted unanimously by parliamentarians.

“How I got into all of this was the Rehtaeh Parsons case,” Viersen said in an interview.

“The [15]-year-old girl was basically gang-raped at a party and the boys posted videos of this on their own Facebook page. They thought this was so normal that they would brag about it and put it up for everybody to see.”

Even though the postings depicted sex with a minor, the RCMP concluded after a yearlong investigation that it was a “he said she said” case and that there was not enough evidence to lay charges. The Parsons family moved from Cole Harbour, Nova Scotia, to Halifax, but other teenagers never allowed her to put the event behind her. She committed suicide at age 17.