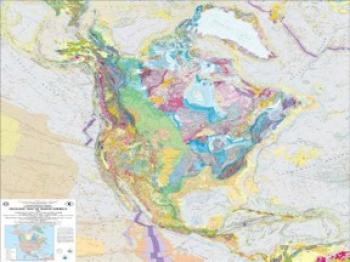 biggersmaller
Print
A three-tiered land cover map was recently released by the United States Geological Society (USGS), and it is the most detailed of its kind. The map, which was unveiled in June, shows land use, land cover, and ecological systems for the entire U.S.

The primary purpose of the map is to help conservationists discern which habitats are able to support wildlife, according to the USGS.

The map divides the land cover data into three levels; the first level shows eight classes of land cover including human use, Level 2 shows 43 classes, and Level 3 a total of 583 classes.

This is the first time data of this detail has been compiled for the entire United States. The data comes from the USGS’s Gap Analysis Program (GAP), which began collecting land cover data in the 1980s.

“These data are critical for determining the status of biodiversity, as baseline data for assessing climate change impacts and for predicting the availability of habitat for wildlife,” stated John Mosesso, GAP Manager, in a press release.

“Large datasets of this type are extremely important to land and wildlife managers, because they allow for analysis and planning across extensive geographic areas.”

The map can be viewed and downloaded free at the USGS website.